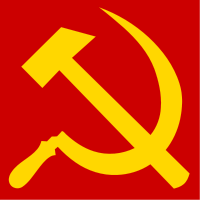 I sometimes wonder if I am really in America when I see and read some of the things our Federal Government tries to pull off.  I think the USSR went down the toilet around 1991 but it appears there are some in our federal system who have yet to realize the demise of the communist.  The Boeing story is the latest I just can't hardly believe.

Obama is a union guy and he has appointed an Acting Director (Its acting general counsel, Lafe Solomon-nominated by President Obama in January, but not yet confirmed by the Senate)   who must be soft in the head.  He has decided Boeing cannot expand their operations into South Carolina because he says the expansion is an attempt at union busting in Washington State.  Though Boeing has hired another two thousand people in their Seattle operation must have been overlooked by this leftwingnut Director.  South Carolina will see 1,000 new hires and Boeing has spent hundreds of millions building plants and all the ancillary businesses to serve them.  But, golly, South Carolina is one of 22 states that have "right to work" laws and the unions hate them.

There are over 800 orders from all over the planet for the 787 Dreamliner worth 186 billion dollars.  Boeing is a private business and should be allowed to go wherever they want in America to manufacture their products.  Obama thinks otherwise.  To show you how ridiculous Obama and his minions are, HERE is a article about how his Administration has nominated a Boeing executive to the Commerce Department while his NLRB dude is screwing Boeing over on the expansion. Amazing! HERE is an excellent analysis of the tragedy Mr. Solomon is attempting to create.

I listened to Senator Lamarr Alexander speak in the Senate Floor today about this.  He absolutely reflects my views on this.  He pointed out a unintended consequence of the NLRB's action could be the movement of job and business expansion to other countries!  I agree.  If our own country somehow finds a way to forbid American companies from moving around America they are not going to hang around.  This is not the USSR but these Obama appointees are way to cozy with the far left and its policies.  America is about freedom to move anywhere you want.  We have to ensure these kinds of attempts of USSR wannabees don't get a further foothold here.
Posted by Todd Juvinall at 4:04 PM