Way past time to return to our "normal" lives 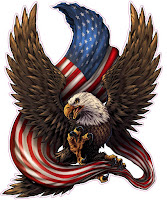 I shake my head in disbelief on the fumbling of our state and states by numbskulled Governors.  We have allowed some disease "specialists" to scare the hell out of everyone here and around the world regarding the Wuhan/China virus.  Sure it is infectious and I am terribly sad for the lives this scourge has taken. But my goodness we need to move along.  The recovery rate is as good as the common flu which takes many lives every year.  I have never had a flu shot because they don't really work for many of us.  I think we who survive these diseases keep the gene pool in better shape.  I have recovered a couple of times from the flu and that has made my body resist these attacks.  Hopefully, I will survive this virus if I get it but who knows?

Americans have survived a lot of terrible things and we are better as a people for our stamina and resistance.  Humans are under attack from these kinds of viruses all the time.  I call the results of these pandemics and epidemics a "culling" of the herd.  And we humans do get a herd immunity too.  In the animal kingdom, other than we humans, those creatures don't last too long anyway.  If you think about it, and watch those nature programs on TV you will know what I mean.  Our little pets, dogs , cats, birds and fish, make it maybe twenty years at best.  We get to see up to 100!  And that is a great increase since the beginning of the last century as medicines and sanitation practices were implemented.  Today there are many countries whose people die really early because they have not yet started what we Americans created.  Penicillin started it and then the eradication of diseases spread by mosquitoes and flies spread across the planet.  Yet a disease like malaria kills millions in Africa and other warmer regions.  Why?  DDT was banned after the propaganda book "SILENT SPRING" by Rachel Carson was published.


So here we are, hiding in our homes, many forced by unconstitutional edicts by power-mad Governors and bureaucrats.  And the country is going down the crapper as the unemployed numbers head over 30 million.  It seems to be common sense is missing in these elected people across the land.  Sure we might save some people from the virus but what about those that will die from not getting their cancer surgery?  Or all those overdoses from fentanyl and other opiates?  Drugs and alcohol ravaged the country prior to this virus and no governor closed his state.  We are lucky to be here anyway.  What are the odds of our creation and staying power?  Humans have survived somehow and as in the creature world, it is and always has been, the survival of the fittest.  Big fish eat the little fish. So to speak.

I watch every day the pronouncements of disease experts and am amazed they cannot see the other issues that have arisen from this virus.  If we don't take the risk of getting our country going and the people back to work, we risk revolution.  All this power-mad stuff coming from the Governors is so risky to our way of life I would have thought some would see it and move their states back to normal. A couple of them have and the results seem to play out fine.  Florida and Georgis have seen a fall in infections after they reopened.  Wisconsin's Supreme Court today overthrew that state's Governor's overreach on their shutdown.  We will see more of this as people across America want to get their lives back on track.  We don't want handouts we want to work.  Americans are seeing the downside of the power of rogue elected officials who disregard our laws and Constitution.

It was President Reagan that said "we are only one generation away from our demise" if we fail to keep these officials in line.  And it appears to me that is what is going on.  These governors are testing the waters to see how far they can push their power.  Americans must defeat these people and replace them with people that follow the law.  We all are expected to follow the law yet these officials seem to make up their edicts on whims of "security".  Emotionally they know humans respond to that so they push, push, push.  Now we see them arresting people for walking on the beach or fishing or wanting to reopen their businesses.  I say rebel and make them look like the ogres they are.  All they are doing is so unAmerican to my sensibilities it just has to be challenged and stopped.  Sure people will die, that is something that happens thousands of times a day from many things.  And that is a sad thing.  I lost my mother and younger brother last year and I miss them greatly.  But that is life and they had good ones for the most part.  My demise will come and so will yours.  But if we want America to survive as a great country, full of freedom and individual rights, we must reject these lockdowns and boot the officials that put them in place.

The bottom line is America likes to work likes to play and likes their rights.  Those that stand in the way of that will pay a heavy price.  Take back our country from these tyrants NOW!

Posted by Todd Juvinall at 9:09 AM