Trump Exonerated by the Special Counsel 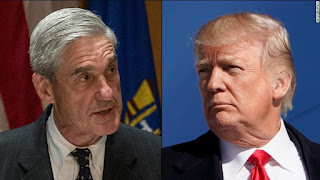 The witchhunt has been exposed for exactly that.  Special Counsel Mueller and his 19 democrat lawyers could not find collusion or obstruction by President Trump or his campaign or any American for that matter.  The four page Attorney General summation is HERE.  Read it and clap then file it and move on. America was held hostage for three years on the lies fed to us by the Obama administration and all his spooks.  They made this stuff up and actually lied to FISA court judges to get wiretaps and warrants.  All that based on a phony "dossier" created by a British spook with the help of Russians and all for Hillary Clinton.  She paid 11 million dollars for this fantasy and it almost worked!  Americans should be outraged at Clinton and the FAKE NEWS purveyors.  They are shysters and liars and all their mouthpieces are too.

America can read the four pages and see that Trump is totally exonerated.  Though we see the left still trying to make hay from certain words we know the truth now.  The liars in Congress like Adam Schiff, Maxine Waters and Pelosi as well, are now shamed for the liars they are.  Hold their feet to the fire and force them to resign.  And get the FBI, the ones that are still good people, to go after the liars like Clinton and Comey and others.  Get them into the small rooms with bars on them.  And President Trump should pardon all those caught up in this phony witch hunt all based on a joke I heard him say during the campaign.  America deserves better than what these lying democrats pump out through their lying media.  Thank goodness there were heroes like Sean Hannity, FOX News, and many internet News sources that defended the President against all these lies.  And many were attacked for doing so.

Let's not believe anything a democrat says anymore.  They are charlatans and liars and our country deserves much better than those that tried to force a COUP on us.
Posted by Todd Juvinall at 2:05 PM