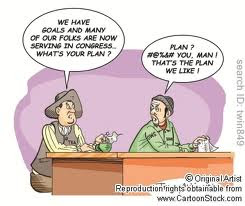 The last gasp of a phony movement?  Kind of looks that way to me.  Even in liberal cities like Oakland, Portland and of course New York, these spoiled brats are getting booted.  After Bloomberg tossed them from the park yesterday the OWS seemed to me to melt away.  It looks as if all their effort was no more than a tempest in a teapot.

I appreciate a good protest as much as anyone, but this one was a contrived and manipulated one from the beginning.  How is it that a bunch of kids, many in college and living at home, have the smarts to change the country?  They didn't and without a fine tuned message and a manifesto, at least one written down, they were never going to make it very long.  Besides, these occupiers were dirty, smelly and trashy.  If they had shown some cleanliness instead of junking everyplace they were occupying, then maybe they would have gotten more support.

People in America come from Puritan stock and Puritan values for the most part.  We like things in their proper place, we like cleanliness, we like courtesy.  What we saw from the OWS was the exact opposite.  We were all seeing the 60's counter culture front row center, 2011 style.  These poor little waifs, clutching their I-Phones, laptops and battery operated TVs, were not viewed as a sympathetic bunch.  How could these folks be believed when they possessed all the terrible things they disdained?

So, what has happened over the last seven weeks was what we have seen happen to some of the political candidates for President.  They were hot, now they're not.  Most Americans just polled are now shunning these whiners.  Unfortunately, the OWS was so unorganized they allowed true nutty people to speak for them.  Some fellow yesterday was screaming how a "Molotov cocktail" would happen to Macy's for goodness sakes.  These OWS folks were their own worst enemies and they have now alienated the American people.  All of this while the Tea Party Patriots accumulate power to exercise real change in America's elections next year.  The OWS luminaries will be in line for a handout at mommy and daddy's house.
Posted by Todd Juvinall at 6:30 PM