Once Trusted, the FBI is now no better than the East German Stasi 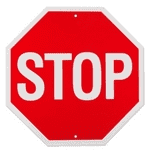 Time to stop the circus.  America is under a cloud as our once very trusted FBI has become a rogue organization of government power.  All these millions of dollars spent by the Special Counsel of Mueller have brought nothing to the fore.  Only a bunch of Russians and of course they won't be coming here anytime soon.  Americans indicted would never have been so if they were not Trump acquaintances.  The "witch hunt" is real and many lives are disrupted and bankrupted with this phony baloney investigation.

I suggest the investigation be stopped and all the people involved sent home.  Nothing to see here.  But what Mueller is doing has been done in numerous movies over the years.  Can't find the principal being investigated guilty of anything?  Then smear him/her with allegations and distractions.  Mueller is a disgrace and his tactics belong in the old KGB and Statsi Secret police of the now gone East German Communist state.

The problem I see is the government secret police are trying to find a crime where none exists.  So they do all these socalled "process" crime indictments.  They quiz people over and over and if you don't say the same thing they charge you with perjury or lying to to the FBI.  This is "show trial" crap that banana republics are known for.  America is better than this and that is why this "investigation" must end now.  It is making American justice no better than a dictatorship.

I recall listening to Candidate Trump say in a humorous statement, "Hey Russia, if you find the emails contact the press".  That is what started this witch hunt.  All based on a humorous comment.

Americans of good will are fed up with all this crap and the Attorney General needs to end it now.  I can tell you it will go on forever and it is being done to discredit Trump and cause him top lose in 2020 or to resign.  If the left thinks these things being done to Trump won't happen to them they are crazy.  All Americans need to say STOP!
Posted by Todd Juvinall at 10:52 AM