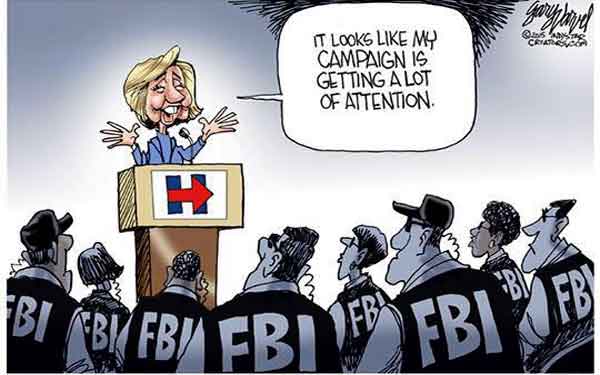 UPDATE 10-15-2015.  Obama tried top tamp down the email issues last week on his 60 Minutes Interview.  Now why would he do that?  Here is the link to a article on all that.

Now would anyone with half a brain think the Secretary of State, using only one "server" for all her office's business (emails) think there was never any "classified" emails?  I mean come on.  She and Huma Weiner and Sid Blumenthal were using the server for official business for four years.  It seems funny to me that the emails discovered so far are heavily redacted (portions black penned over) so can't we assume they are confidential?  Obama and Hillary have always thought they were the fair haired and a fawning, slobbering press has fed their pablum to the people consistently.  Clinton still thinks she can do whatever she wants even with these emails that were probably hacked.  They could have led to the deaths of our Ambassador and his security men.  Who knows. there could be many many more dead Americans because of that private email server.

Hillary lied about having only one electronic device too.  Each one of the four we know of now could have been hacked.  She put the President in jeopardy as well as operatives all around the world.  What "pact" does Hillary have with Obama?  What "dirt" does she have on him that keeps him downplaying these National Security issues?  Does she have his "birth certificate"?  Or is it some personal issue?  Obama was nowhere to be found for many hours during the Benghazi attacks.  What was he doing?  Hillary knows.

So there you have it, another "whitewash" on the Clinton scandal of the week.  And the democrats and their lemming voters could care less.  The applause to Bernie Sanders "contrived" and "scripted" outburst that the country is tired of the email controversy was quite telling.  These democrat faithful will sell the country down the river with a crooked crew led by Hillary rather than vote for others who are honest.  What has happened?  How can the ethical levels of the democrats have spun so low?
Posted by Todd Juvinall at 7:42 PM