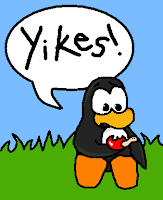 I have a lot to be thankful for here on planet earth.  I try to maintain a wider view of the place than one might get from reading the boring lefty blogs or the lamestream media news, whether on TV or in a newspaper.  Those sources get tuned out mainly because they are simply a mouthpiece for a worldview I don't agree with much.  I do  periodically pay attention to them though since most of the local to national problems are created and sustained by the left.  Most of the time I simply shake my head in disbelief when the left exposes their opinions to the light.

Here in Nevada County, over the years, our little county has been under siege by the left from about the mid-seventies to now.  The vocal left had run our county from time to time and they were very successful in the destruction of our local economy.  The were very successful in placing so many rules into the documents  used to run everything here, whether in the cities or the county that not many businesses want to relocate here.  There were huge land-use wars between those that wanted to have less restrictions on creating and sustaining a business (and jobs) and those that want to tell you what color to paint your house or if you can cut a tree on your property.  Sad to say the more restrictive folks came out on top.  I was amazed over the years about how the naysayers were able to fill the chambers to do their best to intimidate the policy makers.  I learned the business folks were working and could not break away to attend a two o'clock hearing.  Simple as that.

The infection of control over  of our lives has permeated every sector of American life.  Now even the food we eat and the milk we drink is subject to attacks by SWAT teams across America.  Those tactics may be coming here someday soon.   When I first heard of SWAT teams attacking private farms and confiscating milk under the barrel of a automatic weapon, I new my predictions of thirty  years ago were coming true.  I told the libs then that all these restrictions they were pursuing and getting into laws to control people and businesses  they did not like would come back and bite them on the ass later.  I said the government does not care about you and your desire to force me put a wooden window in my remodel  They are there to enforce the laws, no matter how stupid the law is and they will come for you later on whatever issue you love.  They pooh=poohed that point, but I was confident my points would be realized at some point.  Reading history sure helps.

So, when the evil gardeners of certain plants, certain lefty ranchers of moo cows and free range chickens were under siege and jailed and fined for doing what they wanted to do, I saw things come full circle.  The folks were now experiencing KARMA!  Actually, government is mostly "color-blind" when it comes to enforcement of the "do-gooder" rules and regulations.  When I saw coconut oil become a banned substance in the theaters (at the behest of liberals) I said to myself, just wait, there will be more.  And there is. Thousands of new rules are spewed forth every year at all levels of government.  Those rules cause almost everyone to become a lawbreaker.  We just don't have enough police!  What it appears to be to me though is there is no need for jails anymore since we are all lawbreakers our own homes become the jails!   Make sure the fence is no more than six feet tall, and be sure to get a permit and pay the fee to cut that dangerous tree down.  Or else!

We seem to have achieved another milestone made famous and practiced expertly in the old USSR and probably still in Cuba and North Korea.  Keep your neighbor under surveillance and when they do something you don't like, turn them in the authorities.  The government encourages us to watch for drunk drivers, and neighbors who built a shed.  Turn them in, we need the revenue!

I think there is a natural inclination of humans to put their noses into other peoples business.  Just look at the TV shows for goodness sakes.  We have become "voyeurs".  Well, we seem to just love watching others missteps and I suppose that makes us feel better about ourselves?  There are programs on TV that do paternity tests on women who can't remember who the daddy is.  That program has been on for many years and I still shake my head at its successful run.  There are so many ridiculous programs having to do with human missteps and frailties that one has to assume they are being watched by enough people to make their advertisers happy.  I watch sports mostly, especially the March Madness now.  But even in a sports world the "left" has seemed to have infiltrated there.  A athlete can't even exit the floor at halftime without some airhead reporter or annalist asking them why they "sucked" so badly in the first half.  I turn off the sound.

People across America who lead those boring lives of a stable marriage, raising the kids and holding a job in their little communities are just not exciting enough it appears.  We have allowed our country to be dumbed down to the lowest common denominators of human activity.  This has also been prevalent in our education system as well.  Every leftwing dingbat can get a $100,000 loan to go to college and party=hardy for four plus years and we get a good goose stepping liberal nut spewed out the other side.  An we get to pay for their contraceptives!  What have we done to our once great country?

America needs to reassess.  I say toss the tax man into the clink, remove all the rules and regulations (except for murder) and start over.  When even my political side says they haven't got the guts to balance the federal budget until 2046 then we truly have a monumental problem.  We need to revolutionize the rules into and back to common sense.  Without it major overhaul and a embrace of the US Constitution, we have little hope of longevity.

And lastly in today's rant.  Live up to your promises.  Don't screw over your neighbors, acquaintances or fellow workers.  Live up to your contracts.  Step up and do the right thing.  Many people shrug off their word to others as "old fashioned" and not important.  I say it is the most important.  Our word should be our bond to each other.  Why heck, there just wouldn't be as many lawyers if we all lived up to our word, YA THINK?
Posted by Todd Juvinall at 8:35 AM