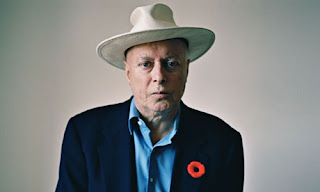 Christopher Hitchens died at age 62, the great contrarian has passed away from cancer of the esophagus.  He was a hearty drinker and a heavy smoker and he was certainly a very interesting man.  I found most of his arguments well though out but I did not agree with much of what he said.  This is what FOX News had to say,

"Eloquent and intemperate, bawdy and urbane, he was an acknowledged contrarian and contradiction -- half-Christian, half-Jewish and fully non-believing; a native of England who settled in America; a former Trotskyite who backed the Iraq war and supported George W. Bush. But his passions remained constant and enemies of his youth, from Henry Kissinger to Mother Teresa, remained hated".

HERE is the full FOX article. HERE is a UK article.

That was how I remember him, always stating something unexpected and goring someones ox.  I got to watch and listen to him debate a few times and I loved the back and forth especially when the topic was GOD.  One memorable debate with Dinesh D'Souza, another excellent intellectual and debater extraordinaire, and a believer in GOD.  The topic was GOD and the two respectfully exchanged a wonderful back and forth. I could swear at the end that Hitchens was actually swayed by D'Souza and perhaps became a believer.  Hitchens of course was an atheist so it is unlikely he changed his mind.

I love to listen to debates and the back and forth of ideas and I must say Hitchens could make a fool of just about anyone in a debate.  He actually voted for George W. Bush and hated Osama Bin Laden!  He got to see how unreasonable the liberals are though when he did not follow their orthodoxy of hating anything conservative or Republican.

So where is Christopher now?  Being an atheist he believed he would become stardust.  I would pray he is debating with Jesus.  I will miss him.

Posted by Todd Juvinall at 7:40 AM