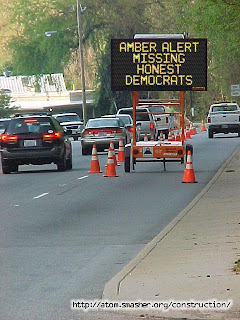 Here we go again.  The democrats in Congress, most of them in their party's leadership, are now telling the American people how bad they feel for having voted against the "debt ceiling increase" when George Bush was the President.  This mea culpa follows our double talking President  Obama's same flip-flop.

HERE is one article about these democrat scofflaws.
'
Is it any wonder the democrats were booted from power in record numbers?  Next will be the Senate and hopefully the Presidency.  Then maybe the adults can start to fix the place.  When these lame democrats, and remember these are the LEADERS of their party, try this maneuver on us, we know our political system, at least from the left, has failed.  They think they can say and do anything and their lamestream media sycophants will dutifully back them up.  Well, I think these Hoyer, Kerry,Obama Reid politicians should keep thinking that.  They have arrived at Al Gore's famous "tipping point".  I firmly believe the American people, at least those in the middle and on the right, will punish these liars and banish them back to civilian life.

The nation is drowning in debt and these leftwing buffoons could care less.  They now say their sacred votes were only ploys to embarrass Bush! They really don't care about the fiscal health of America and our currency.  How is this possible?  I think these people are the ultimate grifters of my lifetime.  To allow our country to go down the toilet shows America who the real partisans are.  The leftwing has a stranglehold on the democrats and now we see exactly what they are.  Is there any vote they ever took which is a truth?  No, they are just votes of the moment, not a personal belief or conviction of their being.  This is the final straw in my view.  The democrat camel has now been exposed and its back is self-broken.

I want to thank all the phony-baloney leftwing democrats of Congress for finally, finally telling the truth.  They are telling us they are not to be believed.  Amen!
Posted by Todd Juvinall at 7:53 AM