As I approach 65 (of which I can hardly believe it!) I am still shocked at how uneducated people are with their own circumstances.  Over the last few weeks I have listened to some people discussing their interaction with ObamaCare and its California implementer, Covered California.  What a mess!  These people are now experiencing what we on the NO side of ObamaCare said would happen five years ago!  And the government lies about the number of signups!  HERE is a cursory guid, enjoy the complexity!

These folks are the middle to lower economic class and the monstrosity the state and feds have put together is a daunting maze.  Not only are they losing their doctors but their costs are higher!  But as usual, government giveth and the government taketh away.  The people are forced into this mess but then are told the taxpayers will subsidize a part of the cost!  So they have a huge bunch of hoops to jump through to get the same or lesser coverages!  And they must expose their personal information to the ether!  Slaves!

Also, this will be the first year of the "fines" if you don't agree to become a ObamaCare slave!  When the millions of people, especially the young and healthy, get that penalty deducted from their refunds or a  direct billing, they will then realize their folly of voting for a slick talker. Elections have consequences and it is now in the mailbox of every American!  All you people that stayed home in 2012 should be ashamed of yourselves.  You sold your kids down the river. And allowed the "legalization" of 11 million aliens!

The EPA is now formulating a new definition and set of regulations for the "waters" of the United States!  I was shocked a few years ago when the Army Corps of Engineers of the Federal Government decided they had jurisdiction over a roadside ditch on some property I owned!  The ditch is wholly within the boundaries of California so I assumed the claim that my ditch was a "navigable stream" was unfounded.  Well I guess not!  Somehow the Feds have decided that any water, no matter if it is on the ground for ten minutes, is their jurisdiction!  They are now trying to codify it even though a few years back the US Supreme Court said NO!  Don't you just love it when the government decides to say "screw you" to the SCOTUS and common sense?

The State of California is now spending billions on the "train to nowhere" and we get to see how the government can exempt itself from its own rules and laws.  It did a whitewash on the environmental laws to try and gain "rights of way" for the train.  It does this all the time with many projects.  It just votes to exempt itself from CEQA!  You and I have to spend a gazillion dollars just to build a house or business on our own property!  Anyway, the California Supreme Court goes along with the State and allows "eminent domain" to proceed.  Historically our Supreme Court has been loath to support "property rights" for the little people (thanks for nothing).  Say goodbye to billions of dollars for the construction.  The cost of a ticket will be so high that your trip from Chowchilla to Fresno will not be as enticing as you thought. 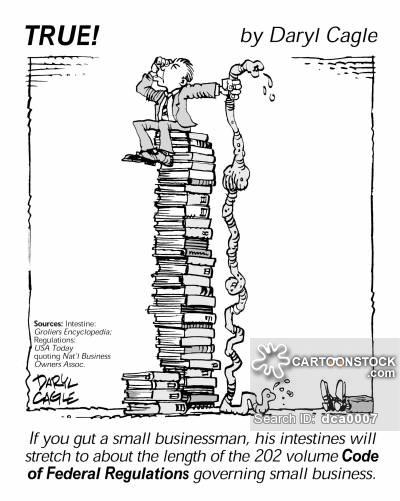 Locally our little county still can't get out of its own way when it comes to enticing jobs here.  I remember years ago when people showed up to hearings to shout down and protest business start ups.  Those people said "hey, I took a huge pay cut to move to this beautiful place to raise my kids and live in peace, vote no on this proposal". So those businesses went elsewhere.  The county got a reputation.  Not a good one either.  Don't try in Nevada County, go somewhere where they want you.  So they did.  Now hundreds of millions of dollars heads down the hill to other places and we have a lot of empty store fronts.  Schools are losing kids and teachers.  Fire districts are consolidating to save money.  We do have a thriving environmental  non profit sector that uses our tax money though. They are very effective at killing business and raising your costs for energy and other necessities.  Our legacy of gold mining is still here and some people want to get to that shiny metal.  But as usual, the nay Sayers and myopic government can't seem to get aboard.  Funny how he computers they use to attack the business of mining contains those metals.  Oh well, I digress.

So our little county has become just like Plumas and Lassen counties.  The bulk of the jobs, the best paying jobs, are in some form of government.  After mining, timber and grazing were booted and the regulations on the rest were implemented (all with good intentions of course), we end up as we are today.  Older population, not many children around, business struggling and lots of taxes!  But as I have said for many years, we get what we get when we let the loudest mouths control the game.

Across the planet we are all getting to see what happens when evil people get power and guns and have an eye on you.  Whether it is the Islamic terrorists or Vladimir Putin of Russia, there are always people that want what you have.  If the Islamic terrorists can't convert you to their religion they will certainly take your head off and toss it into the garbage.  If Vlad wants a port in the Crimea, then he will and did, take it.  He is a bully and all his neighbors need to stay aware.  Western Europe has seen too many wars though and they are not too willing to confront the BEAR.  Our country has reneged on its treaty with Ukraine and so that country is left to its own devices.  I truly don't know how humans can treat each other as these evil people do but I know one thing.  If they are dead they can't hurt anyone.