JOBS? We don't need no stinking jobs! Or do we? Look at General plans and Zoning!

I have lived in Nevada County most all of my life.  After 63 years it appears we now have an institutional bunch of attitudes regarding business and jobs.  And it is all bad.  How is it that people can be so fired up about any project proposed for the cities and county we live in?  What and where did this negative set of attitudes come from? 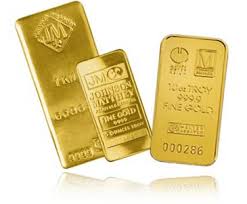 I guess it started when people from elsewhere started moving here in the 1970's.  At that time the main business was timber and constriction.  Our county was discovered by people that wanted to escape the big city (which they screwed up) and to a lesser degree, people that wanted to grow pot. They moved in all over but mostly on the San Juan Ridge (growers).  Their attitudes back then became "shut the gates at the river crossings" and the fight was on.  In America, a land filled with entrepreneurs, the pressure to create a business or develop an new idea is always there.  No different here in Nevada County.  But it soon became obvious that some of the  people that moved here had an agenda.  That was "status quo".  Over time, their attitude permeated enough people for them to attempt to shut down all growth in housing to 100 permits per year.  That was 1978 and the wars began.

What I call the "landuse wars" began in earnest.  The people who did not want any further growth were mostly new and recently from somewhere else.  Those that believed in the law and property rights were mainly the old time landowners of all sizes.  After a vigorous campaign, the "no-growth people" were defeated handily at the polls in 1978.  We all thought we could proceed with a county that would once again prosper.  But nope.  The no-growthers took a new approach and started running for elections.  After they won some races, it became apparent what they were up to.  More rules and regulations, more hoops for all to jump through and along with the onerous California Environmental Quality Act (CEQA) and the National version (NEPA), they became well armed to take out anyone willing to risk their capital to keep progress of the economy  going. HERE is the Zoning Ordinance of Nevada County outside the cities.  Almost  1000 pages! Be sure to follow the links. HERE are the maps.(find your parcel's zoning)

And boy did they.  The left hijacked the General Plan Update of Nevada County and turned it into a overhaul.  A small 1970's document projecting 215,000 people by 1990 was turned into a massive document of new rules and hoops with a population cap of 155,000 by 2015.  Hundreds of meetings were done.  I attended most and spoke at most.  The bottom line though is the no growthers won!  The population on the County has not varied much since 1992 (still around 100,000).  The demographics changed as well.  Now we see the fruits of their victory.  A county of old people with their  servers traveling up the highways to take care of them.  Young families are outta here.  School enrollments are going backwards.  No new housing stock available, only recycled older homes. 2013 saw 53 new home permits county wide (county only). The results of no growth are everywhere.

The only spot of success over the years has been in Grass Valley.  They are the economic engine that keeps the whole county from imploding. The City Council's over the years have understood that growth can be a good thing if done properly.  In fact, it is necessary for a healthy life.  While it takes years to get a permit approved in the County it is not so bad in the Grass Valley City Hall.  Nevada City and Truckee are more a mirror of the impossibility of a landowner to realize his dreams so they and the County have stagnated really bad.  Truckee though at least built McMansions so they get a lot of money from those relocated bankers and techie's from the coast. All that taxpayer stimulus that never made it to Main Street at least built second homes in Truckee for those Wall Streeters.

But here in the Western end we have to fight.  We have to fight every little attempt to progress.  I once asked one of these "fighters" why they did what they did.  He said "for the sport".  So over time our county got a reputation as a place you avoid.  Our General Plan process became a laughingstock and the attitude was well known.  Don't try to start a business or build a subdivision in  Nevada County.  So we now see the results.  Stagnation and back sliding.

Lately, we see the results of the process on the proposed San Juan Mine in North San Juan/North Columbia.  Fearing a business taking out a lot in gold and hiring 80 or more people to do it, the residents of the area have decided to apply political pressure on the County to stop the mine.  In my view the issues are all mitigatable and the onerous hoops of CEQA, and the alphabet soup agencies of the State will prove it can work and be a good neighbor.,  But with many people wanting to remain anonymous there, many with a bright green plant growing on their properties, a legitimate business might bright too much scrutiny to the area.  So they scream about water and noise and all the other "red herrings" they can come up with.  I have heard this all before.

In the case of the mine, the area to be mined is close to the center of the 2,000 acre property (three square miles or so).  In the 90's when the price of gold dropped to a very low amount, the mine had to close.  During the time prior to the close there was a fissure hit in the mine and 11 wells of some neighbors were impacted.  But the County and the mining operator had in place money for that problem if it happened.  The mine owner supplied water to the landowners and drilled new wells.  The Grizzly Hill School (the land was donated by the mine owner I am told) had water problem well before th mine was approved and working but the mine owner still paid for remediation.  I say the system worked pretty good!

In Grass Valley there is a commercial development that is going in front of the city's review board.  It is a concept they will look at and see if it fits into the cities General Plan and Zoning laws.  Checking the General Plan, Dev elopement Code (431 pages!) and Zoning maps it looks like it was a property designated back in the 1999 Update of the city';s GP.  So, a new commercial area might come to fruition but it too is now under attack by the no-growthers ( A former taxpayer paid worm farmer from Nevada City is on the rampage).  The leakage of money to Placer, Yuba and Sacramento counties could be slowed if our area supplied some competition.  Millions in sales to local businesses and the taxes they produce could be a great boon.  Since the left has wrecked timber harvesting, mining and most other resource businesses here, maybe a store selling things that keeps someone from traveling south or west across the county line would be a good thing?  But, the logic of a no-growther is so unpredictable.  These people will scream "traffic impacts" to stop the new business (using CEQA) but pay no attention to the thousands of cars and trucks (them included) traversing Highways 49 and 20 to go shopping elsewhere.  Just watch, I have heard this illogical "straw-man" so many times.

I am always amazed at people who will risk their capital to start a new endeavor.  There are no guarantees of course that a business will survive.  In our county, the survival rate is small.  The population is old and the numbers are reversing.  The up front costs of permitting usually bleed the working capital of a potential business and of course, three votes in the negative can bankrupt the risk taker.  You have to get permits, hire expensive experts, pay huge fees and then wait.  The cost of waiting has become the easiest way for the no-growth people to win their Pyrrhic victories.  The waiting and the abuse of the CEQA process  which they always sue, makes a death knell almost a certainty in Nevada County and the State.  I am amazed that we are forced to zone lands for certain users under the law and then when someone wants to develop those lands, the process breaks down and the zoning really means nothing.  Why have it?  The mining operation is on ME, Mineral-Extraction zoning, the propose concept off Dorsey Drive is zoned CBP, Commercial Business Park.  Yet the opposition, the ones that force property to be zoned, will pay no attention to the zoning.  They will say, "we are not against the mine or shopping center"  "it just should be somewhere else".  All the same, all the time.And the construction of the overpass and on and off ramps at Dorsey Drive are a "conspiracy" for some landowners according to these no-growthers.  My goodness, I was on the Transportation Commission in 1985 when we started the process.  These "grassy knoll" nuts are almost too funny.

How our country made it this far is beyond my comprehension sometimes.  Of course we all want a safe and clean environment but when the system becomes so easy to manipulate by people who only need a stamp on an envelope to object and stop a project, America will have a hard time lasting much longer.  Same for our little county.  Just look back at all the proposals and how long they take to come to fruition, if they do at all.  Would you do that?  Risk your money and your good name?  Provide the jobs and taxes to keep our community healthy?

So, when you start reading the objections by these no growth people, remember, they have a playbook on how to do so.  They are mostly liberals and anti-capitalists.  Well except for the ganga sales.  God help the poor bastards trying to keep our country going.  I know I will try to help.,  How about you?
Posted by Todd Juvinall at 11:18 AM