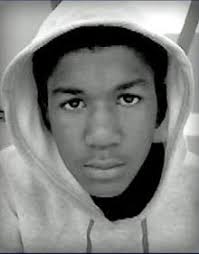 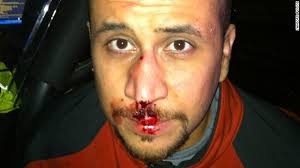 I remember when this first began last year. HERE . What I said is truly prophetic eh?  I said wait before you pop off and make an ass of yourself.  But you lefty liberal loons in the public and especially in the press could not resist.  You kept up the attacks on Zimmerman before all the facts were known and before the jury did its duty.

Well well well, now let me recap what I know as the facts and then we can discuss, or I can discuss if you are to afraid of the PC world and fear being called a racist.  I am a careful person but I think it is time to call things what they are instead of being afraid what I say will be parsed by some left-wing loon in the press or the public.

In a nutshell, Zimmerman, a neighborhood watch fellow (volunteer) was traveling by foot around his neighborhood one night and spotted a person walking through the area.  Now it was kind of dark and Zimmerman could not quite clearly see the person was 18 or older, or younger since he had on one of those "hoodies", made famous by the Ted Kaczynski, the infamous Unabomber.  Hoodies have been associated in the popular culture as a form or symbol of a problem.  Geraldo Rivera talked a bit about the hoodie.

It appears Zimmerman placed a call to 911 and was quizzed by the dispatcher who told him to stop trailing the fellow as she would gets the cops there.  The dispatcher did ask him to describe the person (NBC edited that to make Zimmerman look like a racist and now will be sued).  Zimmerman went back to his car and then set out again after a bit.  Then he returned to his car when he was confronted by Martin.  Apparently Martin asked him why he was following him (after-all Zimmerman was on neighborhood watch and there had been a rash of burglaries) and then proceeded to punch Zimmerman in the face, breaking his nose, then jumping on top of him.  This was seen by a neighbor and he saw Martin on top.  Martin then takes Zimmerman's head and starts bashing it into the concrete.  Martin then saw the gun, attempted to gain possession and Zimmerman was able to keep control and fearing for his life shot the gun.  Martin fell over, Zimmerman rose up and then all the police work started.

The Sanford, Florida police decided not to arrest Zimmerman after they determined it was a "self defense" action.   The prosecutors of the county also decided not to prosecute him.  Then the race hustlers and others started their protests and the Congressional Black Caucus, along with other politicians put pressure on and Rick Scott, Governor of Florida.  He decided to hire a "special prosecutor" to go in and get that man Zimmerman.  It was pretty obvious the facts were on Zimmerman's side yet the special prosecutor proceeded to indict and have Zimmerman arrested.  He had a ten O'clock curfew as he had made bail and was required to wear an ankle bracelet.

So a year and a half later Zimmerman was brought to trial and I watched a bunch of it.  I also listened to the talking heads on most of the "news" programs.  I must say I did not see one black person, male or female, who though Zimmerman was innocent.  So we all know Zimmerman was required to plead either guilty or not guilty.  There was no plea for innocent as is now being tossed around by the loons on the left.  A jury was chosen, and each juror was agreed to by the defense and the prosecution.  It turns out that a "jury of his peers" was a set of six women.  All white and one Hispanic.  If the left truly was into fairness on the jury picks it would have been three Hispanic women and three white women.  Since the press had dubbed Zimmerman a "white Hispanic", hell I always wondered why the didn't label Obama as a "white black" or "white African".  Sheesh!

So we who watched and listened were fed a  bunch of crap by the prosecution who in my view were totally inept.  They stretched the facts and parsed and twisted things.  But the defense just stuck to the facts.  After all, in our country it is the prosecution that must prove "beyond a reasonable doubt" in order to win the case.  The defense can sit back and let the prosecution self destruct.  That is what happened here.  The first witness, the 19 year old girl acquaintance of Martin, helped the defense with her statement Martin made about "white ass crackers".  When she said that, to me it tossed all the racist tone the press was trying to make right out the window.  She, with that simple statement, took all the "race" pressure off the trial. Now as of today she is doing a bit of back tracking.  She says cracker is really spelled "cracka" and it means cops or security.  Yeah sure honey.  I bet she gets offered a "reality" show by NBC. Actually a man on CNN tonight is going to pay for her education.  Hmm.

The trial went on and every day was a good one for the defense.  The prosecution was lame and all they did, showing the FOX interview with Hannity and others, only seemed to boost the case for acquittal.  At the end the jurors were given their marching orders and they returned a "not guilty" last Saturday.  Now as I said before, the critics are saying not guilty does not necessarily mean innocent.  Grasping at straws.

I see the race hustlers now trying to incite the blacks into violence and they were successful in Oakland California and a few other places.  The hustlers are complaining about the jurors, they are complaining about the judge (I thought she was really helping the prosecutors), they are claiming it was racial profiling and on and on.  I listened to AG Eric Holder today and he was quite careful in his words.  He did say there was an ongoing investigation (The FBI has interviewed many people and concluded no racism) so perhaps being a lawyer, Holder knows he would get his ass defeated in court.  My guess is the Feds will not pursue anything but will make their people think they are. To the Presidents credit he said the jury had spoken.  My guess is that means the same thing as "we will get to the bottom of the IRS scandal", chuckles here.

So the jury has spoken and I see CNN has had the first interview of one juror.  Face hidden of course, (can't blame her for that).  She confirmed the verdict and stated she did not believe Zimmerman profiled or was a racist.  But those dogged lefties of CNN kept trying to put words in her mouth but she would have none of that.  Same as the Piers Morgan interview a couple of nights ago of Zimmerman's brother Robert.  That young man made mince meat of Morgan and was a very smart, articulate person who knew his facts.  He also knew how to debate in a precise and vigorous way.  Morgan was toast after the young man was done.  I think he should get a program of his own on FOX or some other network.

What does this all mean?  What does this exercise in the legal side of our system say about us?  What does the reaction of the blacks of America, at least the race hustlers and the uniformed, say about them?  Is this the same thing as the OJ trial?  OJ was found not guilty and the blacks in America agreed.  The whites said he was guilty.  There must be something wrong.  Sort of like the democrats and the republicans, a fifty-fifty country.  The black population is about 10% of the country and yet we see the country in constant angst and debate about their plight and the state of their psyche.  Well perhaps there should be some major discussions about the topic of race since we see now that even a jury finding is unacceptable to them.  Regardless of the fact 92% of black murder victims are killed by other blacks, and Chicago is now at war amongst its citizens every weekend.  No, not even those kinds of facts are their fault according to their race hustling brothers on TV and in the press.

I am really fed up with the race hustlers.  They have brought their own people to the abyss of poverty and discouragement in the greatest country of opportunity the world has ever seen.  These hustlers teach their minions that they are oppressed and picked on.  That the system is unfair to them.  How could there be such a disproportionate number of black men in prison if the system was not rigged against them?  Well, hell, I think it is simple.  More black men commit crimes. Duh!  It is time to toss out that race hustlers and bring into the lives of young black men the successful men and women of their race.  Teach success and hope not despair and failure.  America is a pretty forgiving place but there is a limit to the patience of people constantly portrayed as mean and evil.

Hell, I have never owned another person and in my family tree I cannot find a ancestor who owned another person.  I do know my ancestors were slaves in ancient Rome but I don't think the Italians will pay me reparations or even listen to my anger about their system 2,000 tears ago. So maybe we can agree on a few things about America after you all peel away your blinders about this place.  And the best way to find that out is to go find another place on the planet where you have the opportunities we have here.  Oh, can't find them?  Well then, sit your asses down, get the chip off your shoulder, get educated, start a business and fathers start staying home with the kids.  Maybe we can just make it.