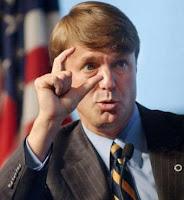 I hesitate to do a post on these two social items but I can't hardly stand it.  These two people can't keep their willy's to themselves and just like Jesse Jackson's pastoral hypocrisy (having a baby by an affair and telling us we are bad people) , the democrat party seems to be living in the sexual seventies.  The problem is these men think they are above the moral and ethical standards we Americans have set, and believe me the standard is low.

Wiener, a NYC Mayoral wannabee, is a classic do as I say, not as I do liberal.  He is recently married and yet he still tries to be a single stud.  Sending your package over the Internet is so stupid I think his total lack of judgement should force him to resign.  The big mouth Wiener was yelling at the Republicans on the House floor about Obamacare and how they are morally inept and wrongheaded.  Yet he was probably sending pictures of his willy to young women more than once.  Kind of like child molesters.  When they finally get caught they tell authorities they were doing it for years.

Edwards was indicted this week and to me his crime is far worse. He is truly a scumbag.  His wife was dying of cancer and he was bopping a staffer.  We all know what has happened with him and what the bottom line to me is this, you want to be President, don't cheat.  That is why I can't support Newt and why my opinion of Arnie is in the toilet.  These men get power mad I think and decide they are above the rest of us.  Well, they aren't.  I recommend them all go go get some Jesus!

Update.  HERE is another woman claiming Wiener is a scofflaw.  Hopefully if proved he will resign.
Posted by Todd Juvinall at 12:39 PM