My Fat Boys Post was a Huge Success! LOL 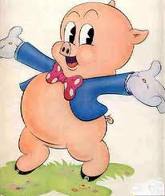 My tongue in cheek post about liberal fat boys was the most viewed post I have had since I started this blog last September.  I am not surprised since most of my critics are fat boys and there are many of the porkulent fellows around.

I have noticed the lack of a sense of humour by liberals, is that something the rest of you see as well?  It seems any joke or dandy goes right over their heads and they just get upset and lash out.  They go right for the jugular.  It is unfortunate they are like that, it has to be a DNA issue in my opinion.  Conservatives were supposed to be the stoic, uptight people, but now I realize that view was pushed by the liberals so it is no longer agreed to be by me and most right thinking people.

The other thing I see is the lack of personal control by liberals.  By that I mean they dish out their crap against anyone they disagree with and when they get something back they go ballistic and again go for the jugular.  They are drama queens I guess, but as that "winger" Michael Savage titled his best selling book, "Liberalism is a Mental Disorder", I guess he was right.  Ever since the first moment I entered politics   I have had to deal with the leftwing attack machines and their lack of humor.  I decided after I adjusted my thinking that they are simply self hating people and not to take it deep inside me, that they were not worth getting my panties in a wad for.  I have always had a pretty good sense of humor.

When I was growing up with my five brothers and sisters, we all had a good sense of humor.  Our dad was a funny guy and our family get togethers were always fun and funny.  I have kept that personality trait ever since.  When I got involved in politics I got a rude awakening about how people, mostly liberals, and mostly liberal fat boys, take things way to serious.  When I won election in 1984 it was kind of a miracle.  I went door to door and traveled all over my district to meet people.  I was young and energetic, just had a son before the primary, and usually had a smile on my face.  Well, the liberals supporting my liberal opponent did their deeds and I was shocked with their personal attacks on me and my family.  They are a nasty porkulent bunch of miserable people.  Anyway, I survived the slams and won the election and I thought that stuff would now stop.  What a "wet behind the ears schmuck" I was.

Just like Wisconsin is now, we had the same thing here in my first term.  The left hates it when the people throw them out of office.  They can't accept the fact they were rejected so they do what the left is doing in Wisconsin.  Screaming, accusing, pointing fingers (the middle one mostly) and starting recalls.  Well, that happened here too.  The left started two or three recalls and we were the targets, the conservatives.  Well they never succeeded because the people saw these leftwingnuts as sore losers and so very few signed the petitions.  Only the fat boy liberals (LOL)  signed I suppose. All the skinny people were working at real jobs and liked us.

Well, I want to thank all of you  who made my dumb little story about liberal fat boys such a success. I know some of you got mad but hey, can't we all have a laugh once in a while?
Posted by Todd Juvinall at 8:56 AM