Global Warming/Climate Change/Disruption According to Vaclav Klaus: An anti-human ideology 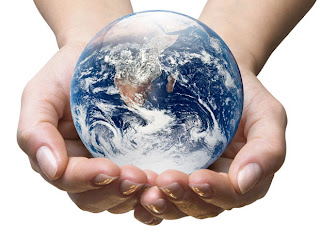 I have copied and pasted this from the Financial Post. Klaus is an outspoken critic of the Hoaxers pushing AGW.  Al  Gore refuses to debate him.

"Global warming may just be statistical fluctuations
By Václav Klaus
The global warming dispute starts with a doctrine which claims that the rough coexistence of climate changes, of growing temperatures and of man-made increments of CO2 in the atmosphere — and what is more, only in a relatively short period of time — is a proof of a causal relationship between these phenomena. To the best of my knowledge there is no such relationship between them. It is, nevertheless, this claim that forms the basis for the doctrine of environmentalism.
It is not a new doctrine. It has existed under various headings and in various forms and manifestations for centuries, always based on the idea that the starting point of our thinking should be the Earth, the planet or nature, not man or mankind. It has always been accompanied by the plan that we have to come back to the original state of the Earth, unspoiled by us, humans. The adherents of this doctrine have always considered us, the people, a foreign element. They forget that it doesn’t make sense to speak about the world without people because there would be no one to speak. If we take the reasoning of the environmentalists seriously, we find that theirs is an anti-human ideology.
To reduce the interpretation of the causality of all kinds of climate changes and of global warming to one variable, CO2, or to a small proportion of one variable — human-induced CO2 — is impossible to accept. Elementary rationality and my decades-long experience with econometric modelling and statistical testing of scientific hypotheses tell me that it is impossible to make strong conclusions based on mere correlation of two (or more) time series.
In addition to this, it is relevant that in this case such a simple correlation does not exist. The rise of global temperature started approximately 150 years ago, but man-made CO2 emissions did not start to grow visibly before the 1940s. Temperature changes also repeatedly moved in the opposite direction than the CO2 emissions trend suggests.
Theory is crucial and in this case it is missing. Pure statistical analysis does not explain or confirm anything. Two Chinese scientists, Guang Wu and Shaomin Yan, published a study in which they used the random walk model to ­analyze the global temperature fluctuations in the last 160 years. Their results — rather unpleasantly for the global-warming alarmists — show that the random walk model perfectly fits the temperature changes. Because “the random walk model has a perfect fit for the recorded temperature … there is no need to include various man-made factors such as CO2, and non-human factors, such as the Sun” to improve the quality of the model fit, they say. It is an important result. Do other models give a better fit? I have not seen any.
The untenable argument that there exists a simple causal nexus, a simple functional relationship, between temperature and man-made CO2 is only one part of the whole story and only one tenet of environmentalism. The other, not less important aspect of this doctrine is the claim that there is a very strong and exclusively damaging relationship between temperature and its impact upon nature, upon the Earth and upon the planet.
The original ambition probably used to be saving the planet for human beings, but we see now that this target has gradually become less and less important. Many environmentalists want to save the planet, not mankind. For them, the sophisticated economic reasoning we offer is irrelevant.
Only some of them look at mankind. Only with them the debate about the intergenerational discrimination and solidarity and about the proper size of discount rates used in any intertemporal analysis comes into consideration, only here can the economists make use of some of their concepts. The unjustifiably low rate of discount used by the environmentalists was for me the original motivation to enter the discussion.
The choice of discount rate is critical in assessing which policies might make sense, and which clearly do not. With a higher discount rate, the argument for radical action over global warming collapses completely.
Many serious economists argue the same way and are in favour of using higher discount rates. University of Chicago Prof. Murphy says quite strongly: “we should use the market rate as the discount rate because it is the opportunity cost of climate mitigation.” This is what alarmists clearly do not want to do. They think in misconceived ethical terms, but it is wrong. We do not deny that if the existing trend continues, rising temperatures will have both its winners and losers. Even if the overall impact happens to be detrimental — which is something I am not convinced of — the appropriately defined discount for the future will ensure that the loss of value in the years to come will be too small for the present generation to worry about.
How is it possible that so many politicians, their huge bureaucracies, important groups in the scientific establishment, an important segment of business people and almost all journalists see it differently? The only reasonable explanation is that — without having paid sufficient attention to the arguments — they have already invested too much into global warming alarmism. Some of them are afraid that by losing this doctrine their political and professional pride would suffer. Others are earning a lot of money on it and are afraid of losing that source of income. Business people hope they will make a fortune out of it and are not ready to write it off. They all have a very tangible vested interest in it. We should say loudly: This coalition of powerful special interests is endangering us.
Our interest is, or should be, a free, democratic and prosperous society. That is the reason why we have to stand up against all attempts to undermine it. We should be prepared to adapt to all kinds of future climate changes (including cooling), but we should never accept losing our freedom."

"Václav Klaus is President of the Czech Republic. His comments, excerpted here, were made on Tuesday at the Global Warming Policy Foundation annual ­lecture in London. The full text of his speech is available at http://thegwpf.org"