School Shooters and more rants, as well as solutions! 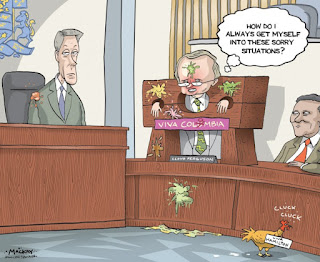 What the hell is going on in the USA?   We have these young loony boys stealing dad's guns and heading to their schools to get even with those they have a grievance with.  Or they are a bit older and buy their own weapons.  But they wreak havoc and murder the innocent and we just don't understand any of this.  I say it is the culture and the way kids are raised.

When I was a kid in the 50's we watched Cheyenne, Bronco, Wanted Dead or Alive and Wells Fargo.  Mostly western genre.  And Even Disneyland and Davy Crockett.  Sure we were naive as our fathers and mothers had just saved the world from fascists a few years earlier.  And our parents wanted to make their families work and the country too.  So we got raised in an "Ozzie and Harriet" type culture.  Today the left makes fun of that but I don't recall one school shooting then.  The fifties were filled with carefree kids and up here in Nevada County we were all about carefree.

School here was a gathering place to make friends and learn.  When we were not in school we were exploring and hiking all over the county.  Fishing and hunting were a part of the culture.  Kids had the 30-06 on the rack in their trucks.  Parked at school.  No one even thought of shooting anything except maybe a deer in season.  And Nevada County was this way until the scourge of drugs came here in the late 60's.

Something changed the way people were raising their kids and it was not good.  Parents read books that told them there are better ways to raise their kids and many took that advice and changed the relationship they had with their offspring.  They read Dr. Spock who convinced people that they should be "pals" with their ids and punishment for bad behavior should be treated with words and "timeouts".

Today we see the folly of those strategies where no consequences are meted out for bad behavior.  And over time we saw the politicians change the family dynamic.  It changed to accommodate the grievances of family disputes and placed the government in the mix.  Discipline your kids and CPS shows up to arrest you.  They are now the third adult family member and you better watch out.  They have been empowered to remove your kids from your home.  Of course, there are people that should never have a child and we see that all the time as well.  But those parents were never held accountable either so many of them don't know they are to be a parent and role model and not a "buddy".

Then, of course, we have drugs and other things like alcohol and marijuana.  Anything goes and even I sometimes have a problem with my inner libertarian about the use of personal choices.  For me, it is about abstinence.  I, of course, had cocktails and wine and sometimes a beer when I was younger.  Even today I will have a glass of wine or a rum and coke with a dinner.  But I never drank at home.  And I have kept a lid on any desire to over-indulge in alcohol.  I never did drugs thank goodness.  I was actually afraid to try them.  After Art Linkletter's daughter jumped off a building to her death, I said nope to the poisons.

Which brings me back to schools and these young men with the desire to kill.  I think we need to get the parents back in the loop.  You are the ones that raised these people and if they are 18 and under, you should be held responsible for their actions.  Bring back "guilt" and make people feel bad about their decisions.  Guilt is missing in our culture and to me, it is a mechanism that keeps people from doing bad things.  Public shaming perhaps?  We do it to our politicians when they are caught being bad.  Why not Joe and Jane and their kids?  And give the schools immunity to their discipline of out of control students.  I have friends that quit teaching elementary level kids.  They could not deal any longer with kids that screamed at them using obscenities and even violence.  The teacher is told to take it.  Well, who raised these brats?  Kick them out.  Stop dumbing down the whole class to accommodate these little scofflaws.

I recall in my youth there were some bullies in our classes.  They would pick on others they decided were weak.  Well a couple of times with me and guess what?  I had to fight.  I kicked their asses and they left me alone after that.  Sometimes you have to do the discipline yourself rather than relying on CPS and the Sheriff.  But really, the problem is the parenting of these people.  I knew many parents that allowed their kids to drink underage.  As long as they drank at home!  And these parents would smoke marijuana with their kids too.  What the hell is that all about?  So the kids grow up and become out of control adults with bad habits.  Those parents should be ashamed of themselves.

If you want to stop school shooters it seems to me these kids and young adults give us plenty of warnings.  But that government official seems to always misread the kid and we have a mass shooting.  Parents and teachers and others need to be empowered to take these kids and fix them.  If that means "juvy hall" then so be it.  But unfortunately, until we stop coddling these kids and trying to make them our "friends" we will see more of this behavior.

I am a supporter of the death penalty and the local pillory in the city center.  Punish these people so they don't forget why they are on display in front of city hall.  And make them think deeply about why they are on the electric chair.  But until we change the culture and rein in the trial lawyers and bleeding hearts we will not fix the problem
Posted by Todd Juvinall at 9:33 AM