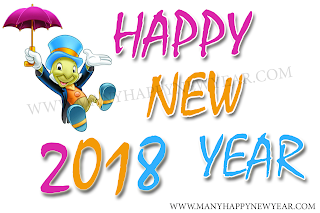 I won't bore you with a compilation of things that took place in 2017.  Most mainstream news and entertainment shows will do that.  My thoughts are a bit different from the year just passed.  After two previous years of almost full-time political campaigning, Donald Trump became the President of our great country.  And right away we saw the media and entertainment industries and all their employees trying to take him out.  We got to see the desperation of the left in America when they don't get their way.  We saw the muscle of "middle" Americans as they put Mr. Trump over the top.  I love it!

Of course, the Executive branch is one-third of the government and most of the employees.  I had hoped President Trump would be cleaning the swamp right away and he has tried.  Yet the democrats in the Senate are slow-walking his picks for many of the ten thousand appointees.  It has bogged down some parts.  But there are many picks that have heartened me.  He is dismantling the gears for the hoax of "global warming".  Drying up the grants and removing their propaganda from websites.  Oh, my the orthodox hoaxsters are apoplectic.

He has decided the Antiquities Act was abused by past Presidents and is reversing some of the decisions.  States now get to decide or at least have a say when the Feds want to lock up their lands for only viewing.  Natural resources make a country great and he is all about that.  Of course, immigration, legal and illegal has been in turmoil as Trump tries to bring common sense into the equation.  "Chain migrations" and "lotteries" to bring people here are now on hold.  Travel restrictions allowed to be made under the law are in force.  The left and their lackey Judges tried to defeat Trump on the travel bans but as we have seen the Supreme Court say he has the legal and constitutional right to do as he did.  Of course the leftwing and their judges keep at it but I would hope the SCOTUS would sanction those charlatans.

Trump loves to tweet every day as well.  I enjoy those tweets and to me, it makes him the most transparent President ever.  The media hate it as do the left and democrats.  But if he did not tweet they would call him Obama, the least transparent, and most secretive President in my lifetime.  Can't win with the "haters" of the left.  Since I am a follower on Twitter I tweet responses and ideas to him and others on my list.  They probably never see them but it makes me feel better to get some ideas out there just in case.

We get to see the "fake news" media put the big old foot in their mouths almost daily.  Lots of minuscule corrections on page two bottom, small font.  And those are the corrections of Page One above the fold huge Font headlines.  But most of us on the right know what is going on.  We have alternative news sources and those all came into prominence this last year.  We are sick and tired of the bias left.  We are mocked and made fun of for being plain old Americans and in the flyover country.  But it looks like Trump's victory made them look the fools as far as I can tell.

Of course, the left and the democrats are doing their best to keep the "Russian collusion" allegations on the front burner.  We all know that is a hoax and we all know the democrats and Hillary Clinton paid 11 million to some shady characters to create the "dossier" of fakeness on Trump.  Yet for some reason, this phony story is kept alive by Robert Mueller of the Special Counsel.  He has secured two guilty pleas on unrelated issues but still won't admit there is no there there.  Plus all the people he hired were either Hillary donors and/or supporters.  You must stop the biased investigation and call it quits.  It is not good for America to keep things boiling.

Then close to the end of the year we see all the allegations about sexual harassment by men against women.  And it is widespread as many women have come forward on allegations from up to forty years ago.  And we see the results which prove that we have no "innocent until proven guilty" in America if it has to do with sexual issues.  I actually think ASenator l Franken should not resign.  And I am happy that Judge Roy Moore was defeated but for reasons other than allegations of harassment.  Until people weary of this tactic it will continue.  Kind of reminds me of the "daycare" molestation hysteria of the early 1980's.  Many people went to jail and some committed suicide after allegations then convictions.  And many years later saw a reversal as the children came forward and said they were coaxed to lie.

Last we saw the passage of the tax reform bill and that sure has set the left off.  They know it will be their demise for opposing this middle-class reform.  Corporate money parked overseas may come back in piles.  I hope so.  But even without all that, the positive attitude exuded by Trump has helped the economy a lot.  Obama was a downer and Trump is an upper.

Democrats and the left with their lackey media cannot see the forest for the trees in regards to Trump and the big picture.  He is lightyears ahead of them in strategy and thought.  They do their best to claim he is a dumbass while he chuckles in the Oval Office.  He did not become a successful man by being stupid.  But these four-year "rhetoric" champs from a "journalism" school think they are smarter.  Hell, my six-year-old granddaughter is smarter than most journalists.  I for one saw eight years of kissing Obama's ass by these same idiots writing derogatory articles about Trump and his diet cokes, big Macs and any other inane things they can conjure up.

My lessons for 2017 are quite simple.  Don't believe a single thing the mainstream media writes and says about the Trump family and Administration.  Listen maybe to FOX and talk radio where a free exchange of ideas take place almost daily.  And there are plenty of alternative news sources that we can find on the internet.  If anything, the mainstream media needs to go to rehab to learn how to be fair and balanced.  Otherwise, they will become the dinosaurs.
Posted by Todd Juvinall at 11:02 AM