Status Quo is toast for now. Trump on a roll! 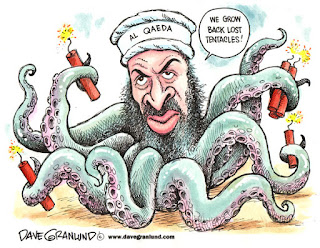 It looks like the disaffected and defeated left is apoplectic and unhinged as they see some changes in America long sought by those who favor the Constitution and the rule of law.  Instruments used by Obama to undermine the laws of the country are now in a turn-a-bout is fair play mode.  Trump is dipping his feet into the water of change and amazingly the "progressives" and liberals are the squealers about it all.  Change for sanity about a lot of overeach by past Presidents and their actions is now right there for all to debate.  In the case of the children seeking safe spaces, they are seeing what happens when an adult is in charge.  An  adult not motivated by PC, political correctness.

This will go on until we return the rules to one of our Constitution and its intent.  We on the right have fought long and hard all these years to enforce the actual words and meaning of the Founders and the US Constitution.  But those on the left have gotten their way and when in doubt they intimidated weak kneedRepublicans and Libertarians into shame and submission.  We see it all the time.  They say we must "feel" the laws so all their angst and illegal activities get judged and enforced on those "feelings" and not the law.  But we have seen them turn those feelings into laws as well and the outcome is one of massive illegality.

The issue of national security and borders is the latest upset of the progressive class.  I have personally seen the destruction of the wages of the American worker by illegal immigrants.  Those people came here and though I understand their plight back home, they undercut the wages of American workers and harmed the incomes of millions.  All the while sending their money back to the country of origin.  And all the while both major parties turned a blind eye to their own people.  Trump has issued some EO's, Executive Orders, that have inflamed the left's panties.  He campaigned on these very things and now that he is implementing them, the left appears shocked!  Shocked that he would follow through I suppose.

And isn't that what Obama told the Republicans back in 2009 at their first get-together with him.  "Elections have consequences"  "I won", get used to it he said.  OK, we did but we organized at many levels to take his monopoly away in Congress.  We elected Republican majorities and like a little kid Obama decided to use a "pen and telephone" to get his way.  Well Trump s dismantling that with his own "pen and telephone" and with TWITTER!  And if Trump gets booted and replaced someday by a liberal I am sure they will return the favor.  It is all about winning in this land.  Our system works.  The disaffected voters of Obama and the democrat's policies and laws booted them out fair and square.

Yet this is not being accepted by the left.  They are used to stomping their feet and getting their way.  Always claiming they are for the Constitution yet trashing it at every turn.  The American people have had enough of their shenanigans and lies.  Plain speaking people like Trump have made us all look at the "fake news" and lies and propganbda the Alt-left has foisted on us.  So we get this "unrest".  And what is it about?

A woman's march which was actually a Liberal Woman's march and mainly about abortion and anti-Trump rhetoric.  I ask what rights do they lack?  They and all of us are protected equally under our laws.  So are they trying to hogtie those they dislike by gaining more rights?  That is not American.  And the rhetoric those speakers used was not about coming together as Americans but dividing the country into groups. And pitting them against each other.

And now we see the people at the airports protesting the entry of those affected by the EO on extreme vetting by the government.  Trump said he was going to do this.  Of course anyone already legal needs to be left alone but if you come from one of those seven countries where terrorism is a problem you may be reviewed.  I have listened to the left chastise the right for years that if some such law saves only one life then it is worth it, right? (think cigarettes) Now Trump is saying the same thing and the left has peed their pants over it.  Hypocrites all.

So I believe in the rule of law as I do our "enumerated" US Constitution.  Perhaps we are seeing a return to sanity and for now I support extreme vetting of these people who we have the right to vette.  Afterall we have a country and we have laws and borders don't we?
Posted by Todd Juvinall at 11:36 AM