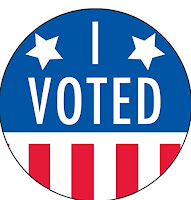 Having been involved in many elections in Nevada County over the years I have to say this June 5, 2018 election was the worst.  A total flop as far as I can see.  When Bruce Bolinger was the Elections official we had similar issues but at least we got the thing wrapped by Thursday after election day.  Sometimes counting the AV's took a while longer but this fiasco is over the top.  And the good people of Nevada County returned the protagonist to the fiasco to his post.  Go figure.

It would seem to me the "experiment" taught us all something.  Maybe the old ways were not so bad.  The Election offices of the five counties in this experiment appear to have the same problems.  Thousands of ballots still need to be counted!  And when these counties agreed to this strategy they had the wherewithal to ask for a bunch of "extra" money to implement it.  Well, what a waste of money.  I say if you have all this advance notice to a "date certain" why the hell did you not have an additional 100 people ready to count?  We all knew June 5, 2018, was the day!  Yet here we are waiting for 13,500 or more ballots to be counted.

I think Mr. Diaz should take the blame.  He got his extra money for this but maybe it was spent on things other than counting.  Maybe the money could have been spent on polling places and temp employees on election day.  Seemed to have worked for a couple of hundred years.  And did anyone talk to Oregon officials to get their system?  Seems they have mail only elections and they appear to work.  Or maybe they just hide things better.

Elections are the reason we should do and spend whatever it takes to get the job done in a timely and orderly fashion.  No more chincing.  Spare a welfare check or two and spend the money on the Franchise!  So please get the results done ASAP as there are many people waiting nervously for the results.  To me, the totals should have been available election night.  I recall Bolinger was a slowpoke in 1988 when I won by 49 votes but it was 5AM the next morning before it was done.  That was great compared to the mess today.

I say we need to return to the paper ballot, election polling places and maybe even a purple finger.  Hell, we could not even see who voted from the precinct lists that were always posted on the walls of the polling places!  That was a handy help on a "GOTV" strategy utilized by most candidates.  It was just not the same and not as fun doing this "mail" voting.  AV's should be only for those unable to physically get t the polls.  Whether from infirmities or travel conflicts.  I want my "I Voted" sticker just like the old days.  Of course, the old days were just two years ago.
Posted by Todd Juvinall at 12:42 PM