Does Russia want Alaska back? 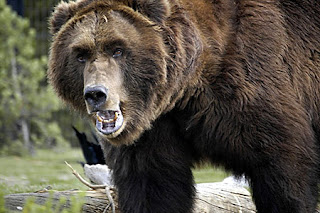 HERE is a interesting article on the American purchase (some Russians say lease) of the largest state in the USA. I just get a kick out of the Pravada news stories.  I love reading their points of view just as much as I do English and other countries.  This story caught my eye because now President Obama is talking about oil reserves in places such as Alaska.
Obama is doing the political two step regarding oil and gas simply because the prices are so high and Americans are fed up with his ropa-dope policies.,  Here is the man that shuts down the Gulf, who also reneges on his lease policies in the Atlantic and has voted against any opening of the ANWR.  He is feeling the heat from Americans who are spending a huge chunk of their money to fill the tank of their cars and trucks.  Every food item has risen in price since they are shipped via a motorized vehicle to our local stores. ( I am still waiting for a solar power big rig). When Obama decided to "look at" the issue the mainstream press was ready to carry his phony-baloney water about his sincerity.  Sorry, I simply do not believe it.  It is a ploy.

Russian have long wondered why they sold Alaska and why it was sold  so cheap?  Some Russians say even today the contract and the gold payment, apparently lost in the ships sinking in the day, negated the sale and it should revert back to them.  Ah, those conspiracy theories.  Well, of course "Seward's Folly" turned out to be a huge success for America.  Only 1% of Alaska is privately owned with the rest owned by government and native tribes.  So, the oil and gold and timber are in trust mainly to the American people and need to be utilized.  Oil values are in the hundreds of billion of dollars, maybe trillions.  Obama needs to get the government out of the way, lift any moratoriums and allow the drilling to start.

But, as I said, this is some sort of political ploy to make the American people think he cares.  We know he doesn't because he campaigned against ANWR opening and the evils of fossil fuels.  He said he didn't like coal either.  He likes solar panels, you know, those things made in China.  Well, maybe now that the  Russians are getting restless about the true ownership of Alaska, he better get serious and drill baby drill.  Especially since the debt limit is now met today.  LOL.
Posted by Todd Juvinall at 8:28 AM