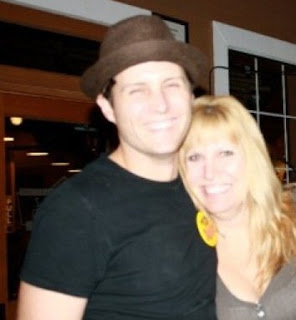 Daughter Tracy and her Brother Skyler

I have been hesitant to post this but in my self debate I guess I want to emphasize the value of life for all of us who care.  As I posted my fiance's ordeal with a heart attack last week, I was informed on Friday night that my daughter's half brother, Skyler Shuffler, was killed in San Jose.

He was coming back to his house after attending a party and was struck by a car as he rode his bicycle.  He was 31.  Skyler leaves his wife Janie and two children, three and six months.  This is so distressing for my daughter and my first wife, I just can't hardly believe it happened.  The service is this Thursday in Los Gatos.  I have kept a good relationship with my first wife as we shared our daughter all these years.  I have known Skyler all his life.  He lost his dad, Steve, three years ago from a heart attack.  Steve was the same age as me.  Mary has now only our daughter and her grand kids left, it is so very sad.

I don't know much about Skyler's day to day life but can say he always had a smile on his face.  He was very handsome, we all thought he was going to be a male model when he was younger but he took a different path and became a electrician.  He married and started his family and became a settled down family man with a load of responsibility.  I saw him last summer at a 40th birthday party for my daughter at his home in San Jose.  It was a fun time and I just recall Skyler's happiness with his sister and all the guests.

These kinds of accidents are so sudden no one has time to even contemplate their avoidance.  How is it that these wonderful people can be taken so fast and for what reason?  I have to rely on my belief that GOD just wanted Skyler to be with him now so he took him.  I know Janie and his boys, along with his mom and sis, will all get to be with him again someday.

"Here is a copy of Skyler's obituary  in the San Jose Mercury News.

"Skyler Rex Shuffler
1978-2011
Resident of San Jose
Skyler Shuffler at rest April 16, 2011. Beloved husband of Janie O'Toole and loving father of Waylon (3) and Harley (6 months). Dear son of Mary Shuffler and the late Steven Shuffler. Brother of Tracy Juvinall and uncle to Alix Aragon and Jacob Meech. Dearest grandson of Marjorie and the late Harley Shuffler; nephew of Randy Shuffler and Gary Shuffler. Skyler is survived by his aunts, uncles, cousins, and many dear friends.
Memorial Service is scheduled for 11:00 am Thursday April 21, 2011 at The Darling Fischer Chapel of the Hills 615 N. Santa Cruz Ave. Los Gatos Ca"


GOD BLESS HIS SOUL.
Posted by Todd Juvinall at 8:30 AM