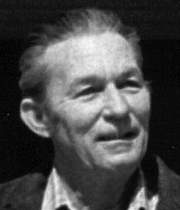 Perry Horton was a good guy.  He was the Chief Building Inspector for Nevada County when I was starting out as a contractor.  I had to talk with him many times, starting in the late 70's when the Building Department was in the HEW Building.  BTW, my daughter was bcorn in that building in 1970 when it was the county hospital.  Anyway, I found Perry to be a very fair man who always tried to make things work.  He had common sense and a lot of experience in construction.  He was also a smoker then, just like I was, which was the thing to do then.  I grew up on construction.  My dad and uncle were builders.  My dad was the calm easy going contractor and my uncle was the hothead.  When I worked for my dad in the early years I watches as my uncle would get into beefs with the inspectors which my dad had to repair in order to get the card signed off.  My dad's uncle, Homer Juvinall, was a prior Chief Building Inspector in the 60's and I thought my dad learned a lot about pragmatic response when constructing a project from Uncle Homer.
When I was elected County Supervisor on District One in November 1984, I was of course more in tune with the people I knew already in county government.  Perry and the rest of the Building Department were already acquaintances and for the next eight years I was their friend and fellow traveler.  Perry always was ready to be the problem solver, because when someone is not signed off by the inspector all hell usually breaks loose.  Perry didn't fool around with the time to solve things.  Having common sense and knowing concrete trucks needed to be unloaded, he would find a way to solve the problem quickly.  I have not seen him for a long time but I will remain his friend in my memories  and wish him God's Blessings.
This is a copy/paste of the Union Newspapers obituary.
"Perry Horton died peacefully surrounded by his family in Auburn, Calif., on March 6.

A celebration of his life will be held later in the spring.

He was born on Oct. 16, 1932, in Huntington Park, Calif., to Albert and Edith Horton. He was one of four children. Perry worked from age 5 continuously until his retirement in 1991, serving as the Chief Building Inspector of Nevada County from 1978-1991.

He studied engineering at the University of California, Riverside, and worked in the building industry. He was married to his wife Kathryn for 47 years and had four children and five grandchildren.

Perry was a master carpenter and enjoyed baking for his building department staff, vegetable gardening, and raising animals in his free time. He learned to cook in his grandmother's kitchen and later won many ribbons for his baked goods and jams at the Nevada County Fair.

He was a member and Past Exalted Ruler of the Benevolent and Protective Order of Elks #1839, and a member of the Banning Rotary Club, Banning Lions Club, and the Grass Valley Lions Club.

Family and friends shall remember him for his wonderful gift of storytelling, his fairness, and his generous spirit.

His family appreciates the warm, supportive care provided by the Auburn Ridge staff in the last years of his life and the comfort he received knowing how much his friends cared about him. "

Posted by Todd Juvinall at 9:35 AM