Fake News is real and not ethical or moral 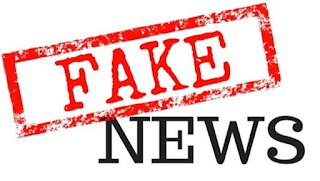 I read a couple of newspapers every day as well as internet news sources.  I also watch some TV shows and I do my best to watch and read both sides, or all sides of an issue.  I have concluded that we are all subject to the media as a dishonest institution.   I watch something live such as a press conference by Trump or someone else and then sees the subsequent reporting as well as opinions.  These people did not see the same thing or heard the same thing that I did.

It is systematic.  The media, for the most part, has always done the misinformation routine with Republicans and conservatives.  They take whatever is said and twist it.  Yesterday I saw a news conference by the leading democrats in Congress speaking on the Inspector General's Report on the Hillary investigation. These democrats were 180 degrees off the truth.  They took the report and tried to make it a Trump/Republican issue.  Even though Obama and his administration were the culprits.  And of course, the media just does their stenography.  But we who have a brain and keep track and read these things know the truth.  And every time the media and the left do their lying, we get a greater divide.  The truth should be the truth.  But ever since Bill Clinton said "it depends on what the definition of is is" the country has gone downhill in the media.

The IG report is all about politics and even the dumbest person can see and read that.  If you have paid attention over the last couple of years you know all this "Russia" thing is made up from whole cloth.  Not one indictment for "collusion" after the Mueller team has spent $20 million bucks.  The best they have is a couple of people indicted for acts many years before they were in the Trump campaign.  But the media reports that fact as if it is the Trump campaign.  Totally dishonest.  And Mueller indicts 13 Russian companies for interfering in the election.  And he knows they will not respond.  But wait, one did and is fighting back.  That has made Mueller crazy!  And the Russians are said to have allegedly spent $100,000 in FaceBook ads during the election!  Oh my goodness.  In a two BILLION dollar campaign, that $100,000 had an effect to sway the election?  And those ads were played after the election!

But the Fake News media plays this ridiculous fact as if it actually did sway the election!  I don't like any outside money coming into our system but please, we have common sense and know the money did nothing to sway anything at all.  Looking back I recall the Obama campaign was the beneficiary of about $250 MILLION in donations that were never tracked. No investigation there.  And then we have the Clinton Foundation that spent 90% of the donations on their private pay and travel and lifestyle.  No media scrutiny or investigation at all.  And yesterday a partisan AG in New York is suing the Trump Foundation for some ridiculous allegations.  Trump and his family got ZERO money from the non-profit and 100% went to charity.  So the media won't tell you that on a daily basis.

EPA's Pruitt is also under a daily attack.  And who is the attacker?  The eco's.  And they have billions of dollars at stake as Pruitt is bringing common sense and fairness back into the EPA.  The eco's see their donations and grants at risk.  Grants in the billions have made their way into the coffers of these liars and extremists.  Pruitt is scaring them to death.  So they attack and attack and have even got a couple of weak-kneed Republicans to get on board.  The left has tried to get Ben Carson tossed as well.  They beat him every day about some furniture in his office.  That tells me the same thing.  Grants to these leftwing partisans might be at risk so they have to get Carson out.  And the fake news keeps on posting it.

I saw this very same strategy here in Nevada County in the late 80's.  The city council of Grass Valley wanted to fire a police chief and the local press was not happy.  And they press became the cheerleaders and were on the council every day.  They fanned the flames of a recall and were successful.  Later it was shown the council was correct but the press would have none of it.  Withholding the facts is at every level.  FAKE NEWS.

We now have many sources for news and the lock of the AlphaBet networks has been broken.  But they still do a lot of damage and have made Americans suspicious of them.  It is a sad time for the truth in America.  Last week the Trump team had a great victory in Singapore with North Korea.  The fake news that not long ago said Trump was a "warmonger" was faced with a Trump that  is a "peacemaker".  But the press could not bring themselves to acknowledge.  So they lost more credibility with many Americans.  Why they can't simply report the facts rather than inserting their bias is beyond me.  I guess we need to boot out these professors that are teaching these people and get non-partisan people in their place.
Posted by Todd Juvinall at 11:33 AM