Great week for Republicans and the truth! 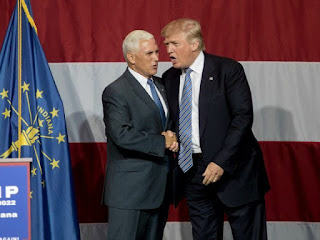 Well I was pretty impressed and happy about the Republican convention this last week.  Cleveland worried me before the convention though.  A bastion of democrats and perhaps the focus of those lefty protesters who hate anything rational.  But it all worked well and never got crazy. Thank you police men and women.  What was fun though is watching the lamestream media try and jinn up controversy from little actions.  Making mountains out of molehills.  Waiting for those inevitable gaffs so they could tarnish the whole program.

The first day was blown out of proportion  as the rules for the committee were discussed.  The second day was peaceful and the third day we saw Ted Cruz speak and make a ass of himself.  Trump gave him a spot with the hope Cruz would get over his last tantrums and unite for the good of the party.  Cruz could not bring himself to endorse Trump and in my view he showed a petulance that dooms his future in rising higher in the party.  Team players for the good of the party are what is expected.

The last night Trump's daughter Ivanka spoke and she did a fine job.  She and her brothers and sisters made the case for their dad as a nice, caring, loving man.  They love him and I believe their portrayal of Donald Trump went to the hearts of many onlookers.  Ivanka pointed out her father's hiring of women for important posts long before it was popular.  Donald Trump's speech was very good and to the point.  He read from a teleprompter which kept on on target.  He did some deviation at times as he always does but his message was clear.  He is a common sense man just like many of us and since he is a builder and developer, he has a unique perspectives that a lifelong politician like Hillary Clinton cannot and does not have.  If anyone wants to see the reason the country is in a mess, just try and develop anything with your land.

Watching and listening to the lamestream media analyze what I just saw convinced me they are from a different planet.  They must live in a closed place and have no common sense.  They parsed his words as they also did Chris Christie's and the rest.  Always looking for something to slam him and his followers.  Why the media has democrats on site to trash the convention pisses me off. So, what is good for the goose will probably not be good for the gander.  My guess is the lamestream media will not have Republicans in their booths to speak on the democrats.  We will see.

America is afraid of what awaits them in the future.  Trump spoke of trying to fix the mess the rigged system run by politicians has wrought.  For that the lamestream say he is spreading fear.  Say what?  When we have terrorist attacks in the country and elsewhere at a alarming rate, perhaps the people are actually afraid!  My goodness, when a scumbag Islamic terrorist runs over and kill men women and children out for a celebration in Nice, France, maybe people relate.  Trump has tapped into the  feelings people out of work experience everyday.  Millions of people out of work and looking for a job.  Paycheck to paycheck if you do have a job makes people very nervous.  The economy is not what the Obama machine says it is.  Unemployment levels are three to four times what the propagandists say it is.  Americans know the truth.  But since half the people are on some form of government check democrats exploit that.  Trump and the Republicans say there is much more to life than getting a government check.  Like self respect and a sense of belonging.

What I heard from Trump and his kids and some of the other speakers is resonating across the land.  We need to get back to protecting our country by having real borders.  We need to stop the juggernaut of job and economy killing regulations foisted on American business.  We need to get ObamaCare out of the country and replace it with free market solutions.  We need to respect and support the police in keeping the people safe.  We have to reject Political Correctness and replace it with common sense and free speech.  Trump is doing his best to unite the party and be more inclusive to different points of view.  He wants too attract blacks, Latinos and others to bolster the party.

What have the democrats accomplished in my lifetime?  What has Obama accomplished?  Not too much.  The minority communities have hitched their steeds to a democrat party that takes them for granted.  The dignity of work has been replaced by a handout as the democrat party has wrecked the free market economy.   Blacks are worse off today than when Obama took office.  He has not helped get the economy and jobs going.  He has been focused on "race" and has made the divide between races worse.  Obama's views on the police and incarceration are in my view ridiculous.  The very people trying to help in the inner cities are his target.  Not  overtly but through the words he uses which are right out of a community activist's handbook.  Blacks want the same protections as everyone else but Obama is just one sided.  He has yet to speak about the murders in Chicago.  Why?

In my opinion, if you are a criminal and do the crimes, be prepared for the consequences if you are caught.  Law and order.  I am saddened that blacks, especially young black men, commit crime at such a highly disproportionate level than others.  As the black Police Chief of Dallas said, perhaps the 72% out of wedlock births in the black community have something to do with that.  But the PC police will try and shut people up that point that out.  That does not do anyone a favor by diversion of the truth.  And it is in my view the policies of the democrats  have fostered these problems.  They have destroyed the tradition black family with their interference in their lives through government programs and apologies.

In our education system  the left has  dumbed down the whole system to the lowest common denominator. , They are now going after incarceration.  California is leading the way in that ridiculous endeavor.  We now see the results.  Criminals let out early and the rise of crime all over the state is happening.  We in California are the incubator for all these bad ideas.  Democrats have a stranglehold here and we see daily the mindset of these far left people and their policies.  America should take notice and reject the left's form of governance.  Hopefully a Trump election and the filling of the five million bureaucratic positions with common sense people will turn America around. A overhaul of the "civil service" and the rejection of public sector unions will help immensely.

If American democrats are opposed to the status quo of politicians, they must reject Clinton/Kaine.  I read the dissatisfaction everyday of democrats complaining about corporations and banks.  Big money and cronyism.  Yet that is all Clinton is for goodness sake. Trump is a business man.  A common sense man.  Not a politician.  So I urge all you democrats and independents to give him a look.  You want jobs?  A better economy?  Less government telling you how to live your lives?  More competition and better prices on healthcare and food?  You must reject the status quo Clinton/Kaine and go for the non-politician Trump.  If you can't bring yourself to vote Trump/Pence, then cast your vote for the Green Party's Jill Stein  or write in Bernie Sanders.
Posted by Todd Juvinall at 9:14 AM