Obama was too sexy for his shoes 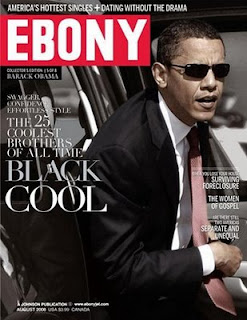 Remember that song?  It was funny and had a good set of dopey lyrics but was a huge hit.  Most music like that is consumed by the young just as  Rock and Roll was by me and my generation.  Most music has a message of some sort.  If it had a good beat most youngins could care less what the lyrics were.  This is my view of the our youth voting for Obama in 2008 and 2012.

They were into the beat.  Not the lyrics.  Obama was cool, a mixed race fellow who was truly a real "African/American.  His momma was a white American his papa a black Kenyan on an Odyssey around the global.  His papa left his seed in many places and Obama has a few half brothers and sisters in other countries.  So, here we have a cool guy who looked cool, spoke in a beautiful baritone and was a college graduate.  Just like the young people who he knew were lazing their way through college on mom and dad's dollar, Obama was more like them than that old fart McCain and the stuffy businessman Romney.

So, Obama and his campaign people marketed the cool man to the young college minds full of mush, incidentally put there by liberal professors with minds fill of mush and tenure.  The young did not listen to the lyrics.  They loved the beat.  But the beat was simply a way to suck these lemmings to the cliff without them becoming suspicious of the lyrics.  Promises of "fundamentally changing America", sympathetic lyrics on college loans and ease of borrowing them, and of course the first "black" President was all that was needed to engage the pull of the lever for Obama.

Oh how these youngins screwed themselves.  Their carefree life of living off of mom and dad's hard work so they could get a leg up in this competitive world would go on forever.  Any shortfall in those college bills would be taken up by Obama himself.  And they could stay on their parents healthcare plan until they were 26!   Oh my, let us change the country!  And now we see the change the man was foisting on those young minds full of the beat.

Obamacare was how we would all discover "fairness" in America.  The choices granted by government to repair your body in a hospital would now be mandated by a health panel and not some lousy insurance company.  (Even though their dad works in insurance, irony?) Yes, all Americans, hell, even illegal immigrants would now receive that free health insurance coverage.  Orgasms were heard all across the country's college campuses.  Snow White would administer the bandages, all will roses.  But, But, oh my, the lyrics were now starting to be understood.  They said "college youngins"  you gotta pay!  "Oh crap" the youngins have shouted, "you never said we had to pony up money!" "You said the others guy has to".  Or, maybe the evil insurance companies, or maybe it was a freebie from Obama!  Oh, I guess I really was not paying attention to the lyrics.  I  was dancing to the "cool" beat.

We now see the big lies made about keeping your healthcare, your doctor and your college loans. But we all knew this years ago but because we weren't "cool" like Obama, the youngins did not listen.  I knew though that as soon as these young voters had to reach into their own pockets they would realize they had been had!  Nothing like another "bill" to get people's attention and make them mad.  The bill is coming due for that cool beat.  Millions of these young minds are now growing up and realizing Obama is no different than their parents.  The one difference however is their parents love them.  Obama doesn't.  Good luck when the bills arrive you youngins.  Food?  Or fine for ObamaCare.  Hmmm.
Posted by Todd Juvinall at 1:31 PM