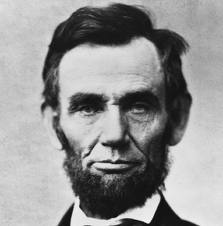 Steven Spielberg's Lincoln has to be seen by every single American.  Hell, every person on the planet!  It is truly a great movie about a great and wonderful man.

I went to the matinee yesterday and by the time the movie began there were no seats left.  The movie was about the last few months of the Civil War and the push by Lincoln to get the Thirteenth Amendment passed by the House of Representatives.

I don't agree with Spielberg on politics but the man has made a masterpiece in this movie and it is all about FREEDOM!  The in's and out's of politics and what it took to get the 13th passed (by two votes, (so if you think your vote doesn't count, shame on you) and the partisanship at the time ( not any different than today) made the drama very real.  Daniel Day Lewis should receive the Academy Award for his wonderful performance.  I would guess there will be many awards for this movie (even from liberal movies stars) and rightly so.

After the movie was over I thought maybe Spielberg has closed the  loop on the history of slavery started by the 2006 movie "Amazing Grace".  That movie was about  the relentless efforts by William Wilberforce to end slavery in the British Empire (He accomplished it in 1833).  Wilberforce died three days after the passage of the Act.  He was also the composer of the hymnal, Amazing Grace, a song he heard from a ships captain who had previously been a transporter pf slaves but had repented.

The irony of the movie to me though is the reversal of the perception of the American people, especially the blacks,  of who did all the work to set them free and make the laws to implement that freedom.  It was the Republicans in the House who voted unanimously to pass the Amendment and the democrats who opposed it.  Lincoln had a back room strategy to buy off the 20 wiggly democrats, all lame ducks, with Postmaster appointments and other offices.  He was able to get the 20 votes with two to spare that he needed.  The Senate had already passed the Amendment (Republicans again) so Lincoln spent his reelection capital to get rid of the scourge and travesty of slavery.

So maybe if the country had got to see this movie before the election perhaps many people, mis-educated  by our system would have the truth who the real people of freedom  are.  Somehow we have to cleanse our historical documents of the lies and return the truth of who is truly the purveyors of human freedom and dignity.  It is not the democrats then or now.  Go see the movie, it is well worth the eleven bucks.
Posted by Todd Juvinall at 3:34 PM