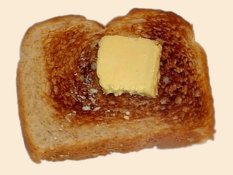 A new poll shows Obama is in deep doo-doo.  At this point in 1980, Carter was way up on Reagan and Reagan went on to trounce Carter.  With numbers like this, there should be a resounding smackdown of Obama and his down-ticket minions never seen before.  HERE is the article.  Be sure to review the underling poll itself.

This particular part of the poll is explained,


"Among the highly sought after group of independents, the poll found 43 percent back Romney and 37 percent Obama. Nearly one in four independent voters (21 percent) is undecided or won’t vote for either of the major party candidates.  Last month, independents split evenly between Obama and Romney at 40 percent each. In February, Romney had a 9-point advantage. "
It appears those middle of the roaders are vacating Obama and heading for the GOP.  Our local "purple" gang lovers may have to rethink their analysis of the indie voter.

RCP has the latest polls from many sources.  They do an average in many races to give a better look at the day to day numbers.  HERE is today's numbers.  Obama and the democrats are going to have a hard sell to the American people.
Posted by Todd Juvinall at 7:35 AM