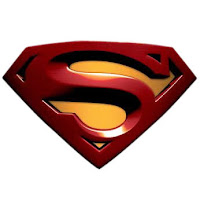 The world is upside down and the center of that is Washington D.C. and the people inhabiting the place.  Our country is drowning in debt, we are trying to save our economy and our currency, many Americans are out of work and our Congress has abrogated its duties under the Constitution and punted to a 6-6 group of people! There are 535 members of Congress, plus one if there is a tie in the Senate, and all these collective minds could not come up with a save.  In fact the "Super Committee" can't even agree on what the term "defense" means!

HERE is the latest article of national embarrassment.

So what is the problem here?  Well, I think our politicians, mostly on the left, have decided the furtherance of their ideology is more important than the survival of the country.  The reason I think this is true is one only needs to look at the bills passed by the Republican majority House that are tabled by Harry Reid and the majority democrat Senate.  Over 22 bills are in democrat Senate  limbo.  Reid won't even allow the bills to be voted on!  Is this what America is all about?  I don't think so.  What is the job of the Congress?  It is to submit new ideas and debate them, then VOTE!  I have seen this ploy since 2008 when the democrats took over Congress and to me it is the act of traitors to do what Reid and his ilk are doing.  Why the word traitors you ask?  Because it is unAmeican, anti-constitutional and just plain wrong to hold America hostage.  We would not allow a Al-Queda terrorist to hold us hostage and as far as I can see, Reid and the democrats are more dangerous to our country's survival than a random attack by the jihadists.

The "Super Committee", is a embarrassment to our government system.  I say a pox on all who supported this stupid idea.  Heck, even a uneducated schmuck from the West Virginia mountains knew when this was proposes it would not work.  6-6 was the first clue, and then some sort of trigger if they 6-6 was at impasse.  But the minds of the creators of this gridlock on our national travesty of debt and deficit thought we were just stupid I guess.  Well, it has turned out exactly as we peons said it would and they will be unable to come to consensus by Monday.  I am truly ashamed of Reid for holding America's life hostage.  That is what it is, he is no better than a economic terrorist.  Now with Obama canceling up to 400,000 new jobs by the stroke of a pen last week, it would appear the left has a plan for America's demise.

I would like to see a daily vote on a list of cuts to spending and a list of regulations and tax reform ideas to be implemented.  John Boehner could then send them over to Harry Reid and perhaps with public pressure, Harry would let the people get a vote.  Isn't that why Harry is there?  Is the job description for a Senator to NOT vote?  Amazing arrogance.    So, come on John Boehner, get those votes moving and get them over to Harry, do ten a day, the job of a Congressman is to vote on the spending of our money.  Harry Reid and the democrats in the Senate should resign en-masse and allow people that want to debate and vote to take their place.  America is better than a stupid idea of a "super committee".
Posted by Todd Juvinall at 9:37 AM