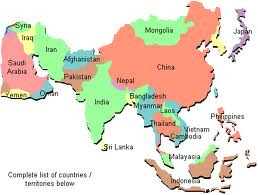 Not many people get to here about the troubles in good old communist China these days.  The leadership usually keeps a stranglehold on the goings on there, especially if those are not so pretty.  HERE is an article from the Australian press which is a real eye opener into the "workers" paradise so loved by liberals in America.

China has been shedding most of its American bonds this year and it looks to me they are having the same problems as other countries that have limited freedom for individuals.  I think George W. was right when he said numerous times that people, most people, on this planet yearn for individual liberty and political freedom to live their lives without the yoke of government oppression. These uprising in China sounds a bit to me like the Tea Party phenomenon here in the USA.  HERE is an editorial (a sympathetic view of the Chinese ) about one view of the current events there.  It is more of a status quo government view but if there were 180,000 incidents last year of unrest I would suggest there is huge unrest under the covers.

Some people think 2013 will erupt into huge civil unrest there which of course will spill over into many other areas of Asia.  Even  Vietnam has as issues with China.  Now we see a summit coming up with China, Russia and Iran leading the way.  This is all very interesting to me because I see all this as some signs of desperation by these dictatorial countries.  The people in China are using Twitter and other social media to talk amongst themselves and the Chi-coms are apoplectic.  They don't want a coordinated uprising and they are doing their best to keep these things under the control of the state.

Not much is happy in China especially among the standard everyday ordinary people.  They want more freedom and if these communist and fascist states don't take them seriously, all hell will break loose.
Posted by Todd Juvinall at 5:31 PM