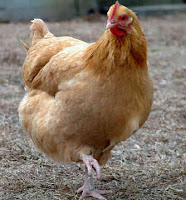 It has been 750 days since the US Senate has proposed and/or voted on the country's budget.  The Chairman Kent Conrad pulled the budget from consideration and used some political mumbo-jumbo for doing so, read the article HERE.  They are simply chicken, the democrats in the Senate are squawking and unable to grasp their position in the American citizen's eyes.

The democrats owned both houses and the Presidency and were unable or unwilling to pass a budget.  All politics as far as I can see.  They shoved Obamacare down our throats along with the stimulus bills.  They did a bunch of stuff most Americans didn't want, yet the budget, the most basic function they are Constitutionally required to accomplish, was too hot to handle.  Like California, these democrat lovelies could care less about the Constitution and they simply thumb their nose at their job and duty.  In California the voters just keep electing these scofflaws but in the US Senate, we will see another outcome.


When I was a County Supervisor I was t lead fellow on the budget most years.  I and my fellow Supervisors took our job seriously and we knew we had to have a balanced budget.  It was required of us.  Unfortunately though, we could never do a final budget because the scofflaws in our Legislature were always late.  We had to estimate our money even though most of our expenditures were state and federal mandates.  But we did it.  We were on time and on balance every year (even when the left control ed the BOS, congrats).  The state wasn't and yet the people keep electing the democrats who in my view need help to tie their shoes.

We were lucky in Nevada County because we have had good budget people in charge.  Gene Albaugh Doug Latimer and the ones coming after were very serious about the law and their job to have responsible money management.  We Supervisors were always looking over their shoulders to make sure things were going as they were supposed to.  I must say though that Gene Albaugh and his staff were the most tight fisted people in government I have ever met.  We had a nice surplus when I left office, the rainy day fund.  I give Gene all the credit.

So, here we are, as a nation without a budget for 750 days.  It is the democrats fault, all of it.  They can't blame the Republicans like they do here in California.  The R's here were almost irrelevant anyway because the democrats have maintained a almost super-majority and had to pick off a couple of R's to get thongs passed.  They usually found one or two like Abel Maldanado a couple of years ago.  He sold out the state and the party for a few pieces of silver.  And as we can see, the state is still horribly in deficit and paralysed.  Even though the people of California gave the democrats a free hand now with a majority vote on budget passage voted in last November.  These democrats still can't balance the budget, actually even pass one because they want to raise taxes and that can't fly because of Prop26.

So, without republicans to blame, the democrats are just a bunch of gutless wonders, afraid to upset their masters in the public employee unions, and we get self imposed democrat gridlock.  If it wasn't so serious it would be funny.  Until the people of California, and the people being represented by  the democrat controlled Senate wise up and throw them out, nothing will change.  We conservatives across the State and the country want to help rid our political system of these do-nothings from the left.  2012 is just around the corner.
Posted by Todd Juvinall at 2:54 PM