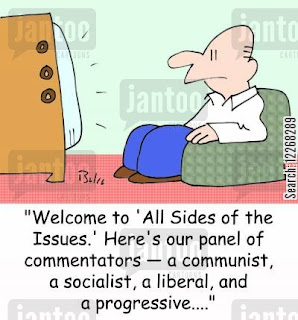 Well well well.  The truth will out!  And it will set us free.  But the liars of the democrat machine will burn in hell.  Look at who and what are the actual "dirty hands" in the sleazy "dossier" are.  Democrat party, Hillary Clinton and now the FBI!  The pursuit of Trump's campaign for collusion with the Russians was a hoax and totally contrived by the democrats and Hillary Clinton.

These lovelies have denied all this for over a year and now we know it is them.  This is a true undermining of American democracy.  And Clinton's bribes she received as Secretary of State for signing off 20% of America's uranium is the topper.  Of course, her husband's speech fees went to $500,000 per twenty minutes paid by Putin pals.  This is amazing.  And HRC's pals the Podesta boys got some big paydays from the Rooskies as well.  All the time telling America that Trump was the colluder. Can America survive these lies?  I mean it truly undermines the whole process.  And of course the lamestream media is defending the democrats and Clinton.  They cannot even be honest about these facts.

I watched a bit of a Anderson Cooper panel last night and this was the topic.  The democrats were totally disgusting.  They still try to make it a Trump action in the face of true facts they did this.  And the name calling by a couple of the women and Paul Begala, the apologist for the devil.  I finally turned it off as it was making me mad.  How could these people defend this?  They are all corrupt.  Trump was right and these democrats were the perps.  Let's see them do the perp walk into jail.

So all this time we have listened to the fake news of the lamestream media.  It appears the only truthful reporting was on FOX News and AM  Radio!  I never bought into the reporting of the lefty news media though.  And now the rest of America can see who the peddlers of fake news are.  And it makes me really sad.  Bernie Goldberg wrote "Biased" a few years ago.  It was how the left has taken over the media except in a couple of cases.  And how they are slobbering all over the democrats and the Clintons and Obama.  Now we see it is true.  Of course Goldberg was tossed out of all the cocktail parties for his apostasy.  But he was spot on.

What are we to do now that we all can see this propaganda by the lamestream media?  Some say we should read other sources on the same topics to ascertain the truth.  Isn't that sad?  We have a free press that sold its soul to the democrats and the left.  All trained in liberal arts colleges by leftwing professors.  Hard to overcome.  I would suggest the college administrations across America do the country a favor and start a "affirmative action" and hire a proportionate number of conservatives.  Of course, that will never happen but now we can all see the truth.  Skeptical.  Same for the other "religions" the left foists on us.  Climate Change anyone?  So don't take the lamestream media as a truth teller.  They can't even report the facts without a leftwing bias.

Posted by Todd Juvinall at 9:45 AM