Radical's words do have consequences

I was always told in my youth that "words can never hurt me" and we see what a myth that is in this  day and age.  Words do mean something when used to help or hurt.  We are the only creatures on GOD's green earth with the power of speech.  And when wielded for good or bad the words we speak are keeping us informed of someone's intentions. 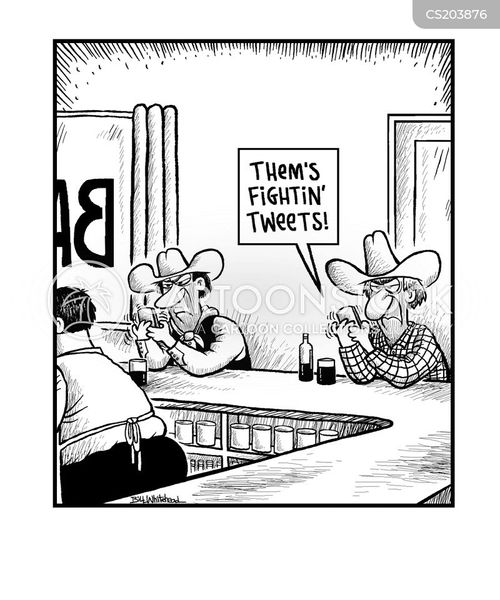 The last couple of weeks we have seen what someone's opinions can unleash.  Reinette Senum's Facebook words about the police have enraged many people.  Police officers and civilians turned out to speak their words to her and her fellow council people last week.  I watched the whole thing and I must say I do not think Senum's "apology" was sincere.  When you read her first apology she was still giving the police the finger.  Her second one was pathetic in that her words were not backed up by her body language and tone.


We see the results in America of words that inspire hatred.  We are all familiar with the radical  Saul Alinsky.  He was a Ashkenazi Jewish radical who trashed his own country, America.  He wrote "Rules for Radicals" a handbook for those who want anarchy.  Many of the book's recommendations have to do with undermining the rule of law and law enforcement.  Words to guide those that want to undermine America.

So here we are.  Another day of death for police in Baton Rouge.  The killer took the lives of three men, two white and one black.  And wounded more.  All this after a black man killed five white officers in Dallas and wounded more.  That killer said he wanted to kill whites and white officers.  Words turned into action.

Words like those in the New Testament spoken by Jesus Christ two thousand years ago guide millions around the globe today.  His words were of peace and love and help for those that needed it.  Words in the KORAN, the "bible" of Muslims of Islamic faith are used to kill thousands and spread terror when radical terrorists use them.  People listen to words.  They listen to the people that speak them and turn those words into action.  In Christianity today those words are hopeful and helpful.  You never see a killer shouting "JESUS" or Buddha do you?  But we hear those words "Allah Akbar" when a Islamic terrorist is killing and beheading all the time.  Nice, France civilians heard it.

Now we have a person being irresponsible and calling our police forces in America "killers".  And from a elected official no less.  Then she tried to "walk back" those words.  No one believes her except a few like minded apologists like Pinkie Zalkin in today's Union Newspaper.  And Jeff Pelline of a infamous liberal blog here on Nevada County.  Both making excuse for Senum and complaining about those who say she is unfit to be in charge of the local police.  Pelline especially is guilty of trashing most people he disagrees with and he uses his words to denigrate and belittle.  But here is a chance for him to show allegiance with the citizens and the police to denounce Senum and he can't or won't as he appears to be in allegiance.

Almost universally,  words spoken to enrage are turned into action by what we call sheeple.  They exist everywhere and are all races and colors.  When they act on words and harm others we on the right want them held accountable and we want the truth.  It seems like  most liberals like Zalkin want to push everyone past those spoken and written words as if they never happened.  Zalkin said in her article that she is not a Christian then goes on to use words spoken by Jesus to try and put guilt on those who are trying to hold a secular official responsible for her words.  Liberals do that a lot.  Don't fall for it.

There are consequences for words.  The people of our little Nevada City said Senum should resign and go run her business.  A few of her supporter said she was right about the police and needs to stay on.  Only Senum can decide but the folks can have the last word if they recall her.  And Senum sent a email blast asking her friends to show up because she said sge would be "lynched".  What a word to use.  And Zalkin used the same word in her defense of Senum today.  Pathetic.

I have been known to have some spicy opinions and mostly they are in opposition to modern day liberals and big government.  But as far as being a conspiracy type, I am not.  Some locals in positions of power think there was a shooter on the grassy knoll.  The say the moon landing was filmed on a movie set. That chemtrails are a government conspiracy and real.  That Obama is African.  All kinds f conspiracies.  I find that all amusing.  Reality is a lot more truthful and entertaining.

We see words being used to misinform people into hasty decisions of violence.  Blacks, especially young black men are not being hunted by the police.  Statistically they are much higher in criminal activity then their proportion in America.  It is likely they will be interacting a lot more with police and so you see a myth developing about them.  If you have a life in crime, you will be held accountable.  If your race is committing disproportionate criminal activity, likely more of you will be in jail.  So, rather than adjusting the laws to allow more crime like Californians did with Prop 47, we should keep the bad guy accountable rather than allow them free reign.  Attempts to lessen consequences for crime means more crime.  If you do the crime in my opinion, be prepared to do the time. All personal responsibility.  Nothing to do with cops or me.

All this unrest by blacks in my opinion is misguided.  The young black men in the ghettos hold the good people there hostage in their violence of murdering and other crimes.  Chicago is a killing zone in many black neighborhoods every day.  The police go there to police and try to protect the residents.  Why then would people want to allow more crime in those neighborhoods by going easy on the gangsters?   Makes no sense.  The civilians trying to live their lives in peace and safety are being the guinea pigs for those liberal policies.  They deserve safety just like everyone else.  If the statistics are accurate why would we not want want the police to get those thugs out if those neighborhoods?  Don't black people have the same expectations or is the system broken allowing them to be victimized by thugs?

Think about those lies that were told in haste when some of the high profile deaths occurred in the last couple of years.  The Black Lives Matter group, funded by leftwingnut billionaire Georg Soros, is responsible for a lot of the actions against the police and the law.  They still spread the lie that Michael Brown had his hands up and was surrendering to the policeman.  He was attacking the officer and trying to grab his gun!  Cleared by the Department of Justice, run by Eric Holder and now Loretta Lynch, both blacks, the BLM group will not stop their lying.  We see the cops in Baltimore being judged not guilty, by their own citizens.  Freddie Gray died and we are all sorry for that but these cops were not the reason.  But BLM doesn't care. They still spread the lies.

Words do create a atmosphere where people feel they are justified in killing.  But if people decide to believe the lies how do we change that?  I for one think our national media, down to the local levels, need to continuously tell the truth when they write a article on groups like BLM.  Of course the press does that with the KKK and the nutty guy who protests in front of a abortion mill/clinics.  So, perhaps a new awakening by the press to deescalate by telling the truth, over and over until the truth becomes the norm in America.  That would be a good thing.  And for others like Senum to shut up about all her conspiracy fears.  America needs reasonable people in charge of political office and the media.
Posted by Todd Juvinall at 10:36 AM