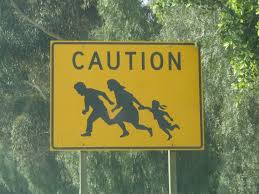 HALT!  No STAY says Federal Judge Andrew Hanen of Texas.  You Feds lied to me and I will keep the status quo until we straighten this out.  Lied?  Yes, it appears Obama's people were trying to pull a fast one and got caught.

HERE is the article.


Homeland Security simply proceeded with the "Amnesty" after the Judge had put it on hold.  I think the Judge is really PO'd!  What this shows is the lawlessness exhibited  by Obama and his minions.  I guess our "Constitutional law professor" President really doesn't care much for the courts. I have had my criticism of the courts over the years but overall, we have to let the legal issues be worked through the system.  It supplies a form of stability and keeps tyrants in check.  In this case we see how the Executive branch thumbs its nose at the process America has in place.  Whoever made the decision to proceed against the "Order" of the Judge should be fired.  But as we have seen with the IRS scandal, Benghazi murders and Hillary "coverup" (that 3AM call?) and many more, the Executives feel immune. The EPA is now a "king" department too.

This is very dangerous for America.  When there is no accountability for bureaucratic criminal behavior, we then have a dictatorship.  I hope this Judge in Texas keeps the heat on since we don't need another 5 plus million democrat voters.  And that is what it is all about.  Padding the books for the democrats.