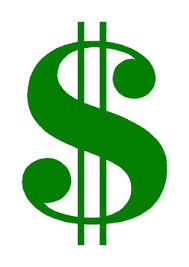 What has happened to the American dream?  I have watched as the left in our country has been able to take over the words, dialog and "dreams" of Americans and it is not pretty.  Now the cynical left has decided to make "income inequality" their newest political plank in their democrat platform of socialism.  Of course we knew this was coming based on the last two Presidential Elections.  Divide the people by race, ethnicity, "crack vs cocaine" sentencing, now income.  If we had a American education system teaching the truth I would have no concerns about this leftwing attempt to further divide the country's people.  But, that is not the case.

America was the land of opportunity most of my life.  It was also for my parents and their's as well.  What has happened?  How is it that the press and the democrats think they can convince the people of America that we are all "unequal" in the money we make?  Could it be the people teaching the children of the country are themselves "brainwashed" into that belief?  I think so.

We are all the experts on our own life's experiences and we can recall just how we got where we are today.  America in my lifetime has been, until just recently, the country the planet's people wanted to come to and be a part.  Mankind never knew a place full of opportunity, governed by laws, that allowed each person to be the best they could be.  America under that simple form was the hope, the rest was up to each person to make or break his success.

I for one was always encouraged by those I met along the way over my 63 years.  The people, whether black, brown or white were all motivated by wanting better for themselves and their kids.  I worked with Filipino men and women in Southern California who worked two shifts a day, both moms and dads, so they could have a home for their families.  They, like me, worked at the bottom rung of the ladder and were trying to do better.  Many families lived together and saved all their money so their kids could attend college.  I never once heard "I am the victim" on any topic.  We all shared in the dream of America and our own personal success.

I worked 16 hour days when I was 21 so I could learn about the hotel business.  I wanted to become a manager and run the place.  Of course I wanted to make myself more valuable so I could earn more money.  Money makes life easier.  I think that is true.  I liked living in a house and was glad to get out of the apartment.  I was able to do that through hard work and no complaining that I was a "victim".  But that is now a thing of the past for at least the democrat party in America.

President Obama and the democrat party are telling the people of America that if you are not rich then you are being screwed by the rich.  They claim that "income inequality" is the reason.  The pie they say, is fixed.  If you want to improve yourself economically you must take the money from the "rich".  They refuse to acknowledge that the "pie" is a ever increasing pie, growing larger every day.  Anyone who works hard and plays by the rules can succeed.  They can get their piece of the pie.  But the democrats are lazy and it is easier for them to jinn up hatred of those that succeed and use those wedge issues top gain votes from the uneducated and lazy constituents of failure.

HERE is a Manhattan Institute analysis which dispels the myth of the left's claims. What fascinates me about the left's claims is the issue of the family and the results of the changes made over time.  However the percentage of poor people has  remained the same on the issue of upward mobility and as the AP has reported (will wonders never cease?) this has tossed a rod into the spokes of the liberal's plans.  It appears in spite of all this liberal propaganda, even the poor are a hard sell.  This gives me hope that these attempts to further divide Americans will fail.

Of course we all know the leftwing mouthpieces of the so called "press" like the Huffington Post will never deviate from the mantra their heroes chant.  HERE is a  article favoring the myth of the issue.  I would suggest these people are simply partisans and haveno  smarts when it comes to income or inequality.

The biggest problem facing the country, other than terrorism, is the liberals attempts to destroy the family unit.  When one reviews the statistics on the "single" parent, you have to come away knowing that is the fastest way to poverty in our country.  Yet the laws and regulations passed by "do-gooders" across America have made single parenting glamorous and prevalent.  Most kids are born to single moms and we all know how difficult it is to raise a kid on one income, don't we?  The other is our tax burdens and the regulatory burdens.  The laws are also made to encourage conflict in the workplace and personal life.  In the workplace, the government forces under penalty, every business to post placards of "rights" and "remedies" to workplace employee issues.  Just like those placards we saw on the walls of Soviet "businesses" and schools.  One must never be far from the knowledge of how to bring claims against someone.

The bottom line in the issue in my view is this.  The government has now intertwined itself in to every aspect of the employer/employee relationship to such a degree they have smothered entrepreneurship and innovation.  In the environmental issues, it is nigh to impossible to proceed with a natural resource business and if they do make it, the eco laws have bled the capital dry for startups.  Along with the government telling business that 25 employees means one thing and 50 means another, it is no wonder there is turmoil.  All created from whole cloth by the left.

I think America must get back to the basics.  The left has made everyone a potential victim where the right wants the individuals to succeed on their own merits.  We must defeat these sleazy attempts to further divide the people of America.  Defeat the democrats at all levels of government and send the message we want success for people, not victims.