Trump tells the truth about Charlottesville, press lies about what he says 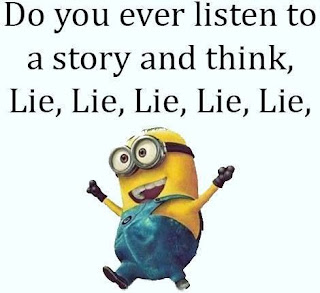 Honestly we are in a era where the people in the news media are totally untrustworthy. They spew the "BIG LIE" about anything Trump and the Republicans and conservatives say nd do.  It is as if they have all started smoking meth and have become paranoid!  And they don't get that we in America have "outed" them for what they are.  The professors at their liberal arts colleges should be ashamed of themselves and these pinheaded "journalists" they spewed out on us.  And it seems to me these people really believe what they are saying which should scare the crap out of everyone.  They have a agenda and it is not about freedom and the truth.  These people in the news were always about freedom of the press and the First Amendment weren't they? Yes, and they preached to us at every opportunity, they were our "truth seekers".  But what has changed?

I think they have been indoctrinated into liberalism and the "Saul Alinsky" tactics to achieve some unknown goal of a utopia of some sort.  Regardless of the truth, they feel they must bend words and actions to fit their dynamic.  Even though we hear something directly from the mouth of a person, they feel they must tell us what we just heard.  And they all do it.  That tells me they think we are all stupid.  We cannot understand what we just heard or saw.  Our lying ears and eyes should just shut down and we should let these "smarter" people tell us.

But it is not working with most regular people.  Maybe liberals need that intel boost to kick start their brains but we don't.  We in the real world know what a shyster is and what he says.  Look at all the smart people Bernie Madoff stole from.  50 billion dollars from those college educated people.  But we know a scam and a pyramid scheme when we see it.  And why would a guy or gal who repairs our cars, paints our house or sells us a pair of shoes need the liberals help anyway.  They already know how do do things on their own.  It is called COMMON SENSE.  So when we here Trump say "both sides" are the problem, we agree since we saw it ourselves.  We don't have to have the filter of these smart liberals tell us.  But they do.  And they talk amongst themselves since that makes them feel important.

We don't go there.  We are busy working at real jobs and raising real families.  No time for all this parsing of President Trump's words and statements.  We take him at face value because that is who he is.  He is not a politician in the sense we have come to know.  Obama was a good politician.  He could drone on for hours and then when finished no one knew what he said.  Now that is a politician the media likes.  We like plain speaking people.  Trump is that person.  No nuance, just tells it like it is.  And that is why the press hates him and us.  They do hate you and that is why they are now becoming irrelevant to us in our news gathering.

Sure the press can still influence the weak-kneed.  They even have some Republicans peeing their pants.  But for the most part I think Americans are better than the press and the liberals.  For me I have decided to turn off the TV talking heads and watch baseball.  I cannot stand the level of ignorance the left and their media sycophants have about we Americans.  And we are not NAZI's, white supremacists or any thing else.  Though they try to call us those names.  I generally fire back at them so they can't get traction.  You all should do the same.  Stick up for yourselves.  Tell that to your politicians too.  Don't be cowed by the traitorous left.  Stand up for America and fight for freedom.  And our culture and history.
Posted by Todd Juvinall at 12:53 PM